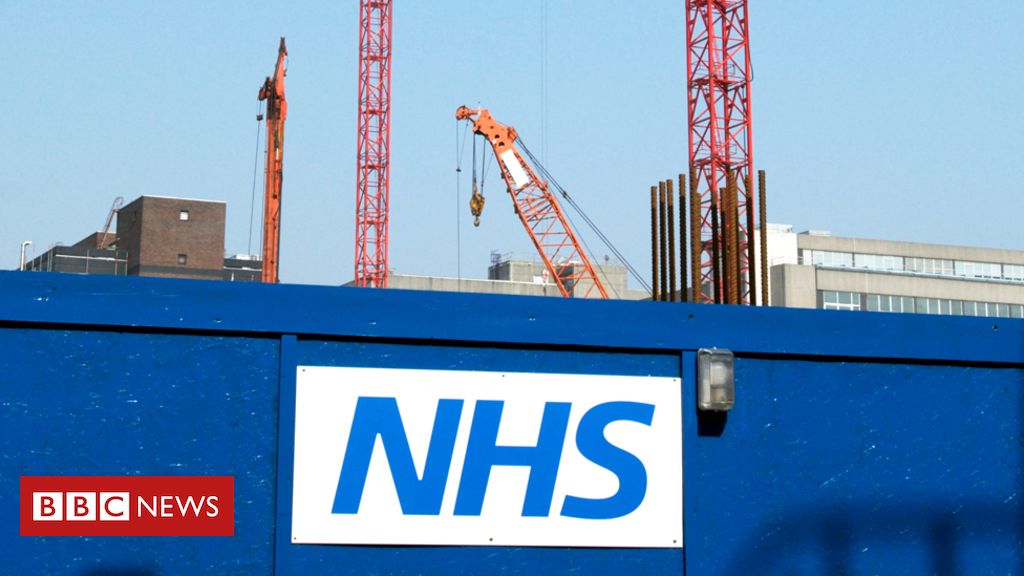 Boris Johnson has given the green light to 20 new building and infrastructure projects in the NHS in England.

The £850m package will pay for new wards, intensive care units and diagnostic centres as well as refurbishing some existing facilities over the next five years.

Mr Johnson also said there would be an extra £1bn this year to improve and maintain existing buildings.

But doubts have been raised over whether the money really is new.

Mr Johnson said the £1bn for this year was extra – and would mean “more beds, new wards, and extra life-saving equipment”.

Is NHS buildings boost all it seems?

When asked about staffing and recruitment problems faced by hospitals, Mr Johnson said the £1.8bn was “on top of the £34bn that we’re putting into the NHS”.

“But of course the lion’s share of that will go on staffing, attracting, retaining, professionally developing the staff in the NHS,” he said.

He previously said he was “determined to deliver” on the promises of the 2016 EU referendum, after criticism of the Vote Leave campaign’s claim that £350m a week was being sent to the EU and could be spent on the NHS instead.

Health Secretary Matt Hancock said the NHS was “priority number one” for the new prime minister.

He said money for hospital upgrades was possible because the economy was growing and the funds would be available this year.

Is £1bn extra going to be spent this year?

The government has always promised it would be increasing capital funding in 2019-20.

But that was subsequently reduced. By the time Boris Johnson became prime minister, the plan was to spend £5.9bn again. After Monday’s announcement that now increases to £7bn.

So is the money new? Well certainly £300m of it is – and if you are being generous you could argue £1bn of it is from the situation when Mr Johnson took office.

But even if we accept that it is all new money it is not a given that it will all end up improving the infrastructure of the health service.

During the past five years, about £5bn less has been spent on capital than had been planned for. This is because significant sums – about a sixth of the capital budget – have been transferred into the day-to-day running pot to help balance the books.

The truth is it will be at the end of the financial year only that we will be able to see whether this promised money has gone where it should – and even if it does, it could be argued it is just reversing the cuts seen in the past few years.

‘Drop in the ocean’

Responding to the funding announcement, the Health Foundation said “years of under-investment in the NHS’s infrastructure means this extra money risks being little more than a drop in the ocean”.

Ben Gershlick, from the charity, added that NHS facilities in England were “in major disrepair”, with a £6bn maintenance backlog.

Labour’s shadow health secretary, Jonathan Ashworth, said there was “huge scepticism” about whether the funding was new.

Meanwhile, Labour leader Jeremy Corbyn said the announcement today on funding for the NHS “goes nowhere near paying for all the cuts over the past nine years”.

Mr Corbyn said “many hospitals had been left off” and “we need something a bit more comprehensive”.

But the head of NHS England, Simon Stevens, said the money was a “significant start” to “much needed capital investment”.

“The concrete steps being set out this week will mean investment flows directly to front-line services, providing new clinics and wards,” he added.

Yes to Lincolnshire, no to Liverpool

The prime minister announced the funding package on a visit to Pilgrim Hospital in Boston, Lincolnshire, which is receiving a £21.3m share of the money to improve its A&E department.

Andrew Morgan, chief executive of United Lincolnshire Hospitals NHS Trust, which runs the hospital, told Radio 4’s WATO programme that it was “a small step, but a very positive one”.

“We have a huge backlog maintenance bill here,” he said.

Mr Morgan explained that staffing was still his top priority.

But some hospitals, such as Liverpool Women’s Hospital, missed out on funding. Its interim medical director Andrew Loughney said they needed £100m to rebuild the hospital, which he called “a clinical priority”.

“Perhaps if we were in a marginal constituency, we would have been allocated the money,” he said.

What about the rest of the UK?

The government said other parts of the UK would benefit too.

Health is devolved, so Wales, Scotland and Northern Ireland make decisions about spending on the NHS.

But under funding rules there would be money made available to them, ministers said.

Later this week, the government is also expected to announce changes to the NHS pension scheme after senior doctors said new rules meant they could not afford to work extra shifts to tackle waiting lists.

One hospital said the rule change, which means “punitive” taxes for doctors who take additional shifts and exceed the limit for pensions contributions, was the equivalent of losing 60 consultants.

Mr Johnson has previously pledged to resolve the problem.

Which trusts are receiving funding for upgrades?

• Luton & Dunstable University Hospital – £99.5m for a new block in Luton to provide critical and intensive care, as well as a delivery suite and operating theatres

• The Newcastle upon Tyne Hospitals – £41.7m to improve paediatric cardiac services in the north east