There’s a reason some investors have risen to the top of their field. Whatever their respective stock-picking criteria are, they stick to them, and their successful track records justify their positions as world-class investors. 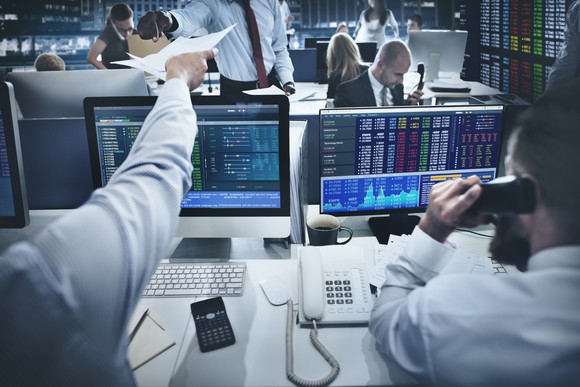 Tim Brugger (Apple): Warren Buffett shunned tech stocks for years, but to his credit, he’s since opened both his mind and his checkbook to sound growth opportunities regardless of industry. Based on the 134 million shares now in his portfolio, Apple meets his investment criteria.

Following an outstanding fourth quarter, Buffett’s Apple holdings are paying off handsomely. Apple’s $ 52.58 billion in total revenue in the third quarter was a 12% improvement year over year. Even better news is that it wasn’t iPhone sales that drove its strong results.

Though iPhone sales still accounted for the majority of Apple’s revenue last quarter — $ 28.85 billion, or 55% to be precise — that was up just 2% year over year. It was the strength of Apple’s other products that drove its double-digit revenue growth.

Apple’s reliance (some might even suggest overreliance) on iPhone revenue won’t change overnight. But the 34% jump in services revenue to $ 8.5 billion in the third quarter was a significant step in the right direction. Bucking the trend of declining PC sales, Apple’s Mac sales were up 25% to $ 7.17 billion, and iPad revenue also climbed 14% to $ 4.83 billion.

Revenue for the “other products” segment, home to the Apple Watch, Beats, iPod, and Apple TV, soared a jaw-dropping 36% for the quarter, to $ 3.23 billion. Apple is going to bring back some of its cash from overseas to pay its hefty $ 38 billion tax bill this quarter, but investors will shrug that off if it continues diversifying its revenue sources.

Keith Speights (Gilead Sciences) : Gilead Sciences ranked No. 8 on WalletHub’s list of stocks that hedge funds were buying the most . While that list was published in November, I suspect many of the best investors are continuing to scoop up shares of the big biotech.

One reason Gilead is attractive is that it’s a bargain right now. The stock trades at less than 12 times expected earnings. Gilead is that cheap because of sinking sales for its hepatitis C virus franchise. However, Gilead CEO John Milligan thinks that the HCV market will settle down, with his company effectively battling one-on-one against AbbVie .

The other factor that is likely drawing interest from top investors is that Gilead has several potential catalysts on the way. Probably the most significant is the expected approval of the bictegravir/F/TAF combo. The Food and Drug Administration is slated to hand down its decision on the HIV drug by Feb. 12, 2018. Bictegravir/F/TAF is likely to be the biggest drug launched this year , and it could be the most effective HIV treatment ever.

Gilead should also announce results this year from a phase 2 study evaluating cell therapy Yescarta in treating mantle cell lymphoma. If successful, Gilead could pursue regulatory approval based on the results.

Then there’s the wild card: Gilead has hinted that more acquisitions could be on the way. With a huge cash stockpile and U.S. tax reform in effect, a major buyout could be the biggest catalyst of all. 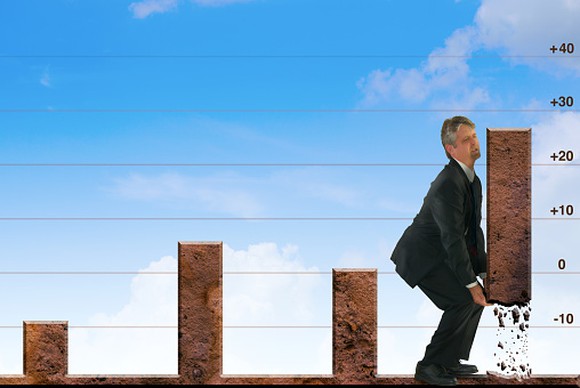 It’s all coming together

Everything seems to be falling in place for this well-positioned healthcare player. In 2017, UnitedHealth Group’s bottom line surged 48% higher to $ 10.72 per share despite total revenue growth of just 9% compared to the previous year.

Corporate tax reform is already giving the company a lot more cash to distribute to shareholders. In response to a much lower tax rate and increasing efficiency, management expects adjusted earnings to grow at least 22% in 2018.

While corporate tax reform provides a huge short-term boost, incremental efficiency gains, compounded over the long term, could make this an exciting stock for years to come. For example, operating costs as a percentage of revenue fell 0.7% in 2017. That might seem like small potatoes until you consider the company’s scale. With $ 201 billion in total revenue, the difference was enough to boost the company’s operating profit by $ 1.4 billion.

Expect more efficiency gains ahead. UnitedHealth Group’s Optum segment, which combines medical and pharmacy benefits management services with data analytics, served around 91 million patients at the end of 2017. This gives the company more data to work with than almost any of its competitors. Plus, unlike most other insurers, which need to hire companies like CVS Health and Express Scripts to manage patient benefits, UnitedHealth Group’s insurance business gets to keep the savings its Optum segment generates.

Negotiating lower prices from the world’s drugmakers, medical device manufacturers, and healthcare providers requires scale, which makes UnitedHealth Group’s position easy to defend. Investors will want to keep an eye on CVS Health’s merger with Aetna , but it looks like hedge funds will do well to keep this stock in their portfolios for the long run.

10 stocks we like better than Apple
When investing geniuses David and Tom Gardner have a stock tip, it can pay to listen. After all, the newsletter they have run for over a decade, Motley Fool Stock Advisor , has tripled the market.*

David and Tom just revealed what they believe are the 10 best stocks for investors to buy right now… and Apple wasn’t one of them! That’s right — they think these 10 stocks are even better buys.