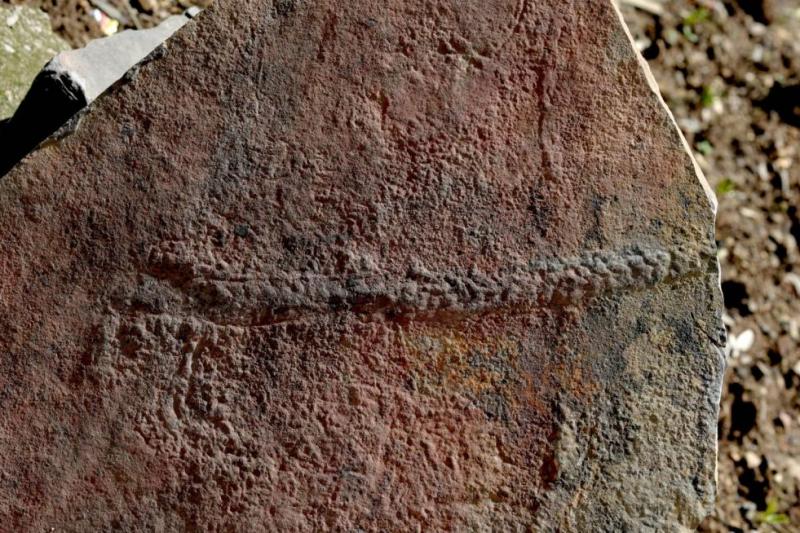 The ancient fossil is unique in that it not only provided proof of animal mobility, but also revealed the identity of the animal that left the tracks. Scientists described their discovery this week in the journal Nature.

“Mobility made it possible for animals to make an unmistakable footprint on Earth, both literally and metaphorically,” Shuhai Xiao, a professor of geosciences at Virginia Tech, said in a news release. “Those are the kind of features you find in a group of animals called bilaterans. This group includes us humans and most animals. Animals and particularly humans are movers and shakers on Earth. Their ability to shape the face of the planet is ultimately tied to the origin of animal motility.”

The remains of the ancient worm species, Yilingia spiciformis, were found in rocks from the Dengying Formation, located in South China’s Yangtze Gorges. The millipede-like creature measured a quarter-inch wide and four inches in length. It had at least 50 body segments. Scientists found trails left by the animals measuring 23 inches in length.

Researchers suggest the long trails are evidence of a primitive form of decision making — decisions to move toward and away from things, perhaps made possible by a sophisticated central nervous system.

“We are the most impactful animal on Earth,” said Xiao. “We make a huge footprint, not only from locomotion, but in many other and more impactful activities related to our ability to move. When and how animal locomotion evolved defines an important geological and evolutionary context of anthropogenic impact on the surface of the Earth.”