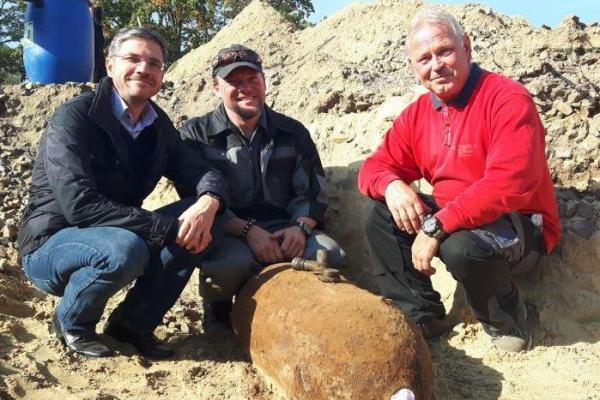 Oct. 10 (UPI) — A 550-pound unexploded World War II-era bomb was successfully defused on Wednesday in Potsdam, Germany, after over 3,000 residents were evacuated.

Nearby residences and nursing homes were emptied shortly before noon on Wednesday, and government offices were closed. Roads leading to the bomb site were closed on Wednesday morning, and railroad schedules were disrupted. The restricted area included the State Chancellery of Brandenburg, several ministries, a federal police office, the printing building of a local newspaper and two day care facilities.

The city’s fire department announced that the bomb’s detonator, manufactured in the United States, would be detonated before the bomb could be moved. It was, with a loud bang, to defuse the bomb. After about 70 minutes of work by a bomb disposal team, the ordnance was then taken away by truck.

U.S. bombs of the era had steel detonators, which rusted faster than the brass detonators of British-made bombs, and thus had to be defused separately on Wednesday. It was discovered during excavation for an apartment building, to be built on the site of a former train station.

The newspaper Markische Allegmaine reported that it was the 192nd unexploded bomb discovered in the Potsdam area since the end of the war.