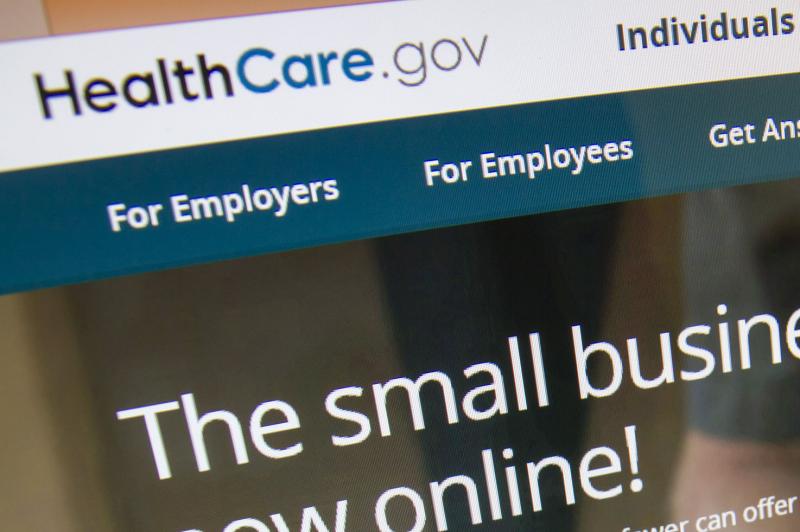 Dec. 20 (UPI) — After a sluggish start due to technical glitches with the healthcare.gov web site, open enrollment for health insurance under the Affordable Care Act actually remained “stable” for the third consecutive year, officials at the Centers for Medicare and Medicaid Services said Friday.

The agency also announced a new rule for the federal exchange that will, among other things, change how abortion procedures are covered and billed for starting next year.

The open enrollment period for 2020 coverage under the ACA, also known as Obamacare, ended at 11:59 pm EDT on Tuesday with 8.3 million sign-ups, down slightly from the 8.5 million who signed up for 2019 coverage last fall.

The open enrollment period was also extended by two days after consumers complained about the web site for the federal exchange being down for two days, including the opening day on November 1.

Joshua Peck, who worked for CMS under the Obama administration, was reportedly among the first to notice the problems on the opening day and posted about it on social media. When other consumers echoed his concerns, the deadline was extended.

“We are reporting that for the third year in a row enrollment in the Federal Exchange remained stable,” CMS Administrator Seema Verma said in a statement. “Far from undermining the Affordable Care Act — as some hysterical and inaccurate claims would have it — the Trump Administration is making the very best of what remains a failed experiment.”

“For all our successes, too many Americans who do not qualify for subsidies still cannot afford premiums that remain in the stratosphere — constituting a new class of uninsured,” Verma added. “The Affordable Care Act remains fundamentally broken and nothing less than wholesale reforms can fix it.”

Experts have said that what shortfall there was in enrollment this year may have also been offset by expansions in Medicaid eligibility at the state level, enacted as a facet of former President Barack Obama‘s signature legislative achievement.

And, as CMS also noted in its statement on the 2020 numbers, the lower unemployment rate in the United States may mean that more Americans are working and, thus, possibly obtaining health insurance through their employers.

That said, those who would have received subsidies to offset the costs of coverage under the ACA may have been discouraged from enrolling due to higher out-of-pocket costs in 2020 caused by increases in premiums. Enrollment trends in some states, however, belie those seen with the federal exchange — in California, for example, sign ups for 2020 were up by roughly 20 percent over 2019.

“This indicates that if coverage is a priority, we can do better,” Thomas Buchmueller, a health economist at the University of Michigan who has studied the ACA, told UPI.

In some parts of the country, he noted, efforts to educate consumers on the types of low-cost coverage options available to them may be lacking. He cited a Kaiser Family Foundation analysis, published earlier this month, that found that 4.7 million currently uninsured people could get a bronze-level plan for 2020 for free — after tax credits — though the deductibles would be high.

“There may be technical things that can be done to streamline the (enrollment) process (at the federal level), but it really comes down to resources and institutional commitment,” Buchmueller added. “There should be a strong advertising and outreach strategy to reach those people.”

The 8.3 million sign-up total doesn’t included consumers who enrolled in coverage between 12:00 am and 3:00 am EST on December 18, or consumers who left their contact information at the call center due to high volume, according to CMS. Those final numbers will be released in January, the agency said.

Even with the technical glitches, CMS reported that the consumer satisfaction rate at the healthcare.gov call center “remained high” — averaging more than 90 percent — for the third consecutive year.

Also on Friday, CMS announced planned implementation of the so-called “Exchange Program Integrity Final Rule,” which it says is designed to protect taxpayer dollars by “ensuring that Exchange enrollees are accurately determined eligible for premium subsidies.” The new rule will impact federal, as well as individual state, exchanges.

Under the plan, all state health insurance exchanges that operate their own eligibility and enrollment platforms will be audited to ensure they are correctly and accurately determining consumer eligibility for subsidies, including the advance payments of the premium tax credit.

In addition, starting next year, CMS will require all qualified health plan providers to “send a separate bill to consumers for the portion of the consumer’s premium attributable to coverage of certain abortion services for which public funding is prohibited… and to instruct consumers to separately pay for that portion of their premium.”

The separate billing requirements in the final rule become effective on June 27, 2020. The rule’s other provisions will take effect in late February.

“Our healthcare programs, including the exchanges, are evolving rapidly, and our program integrity efforts must keep up,” Verma said in a statement. “Today’s final rule drastically improves our ability to pay it right — to make the right payment to the right plan for the right people. The Trump administration will spare no effort to ensure that taxpayer dollars are only going to those truly eligible.”