The Hello singer announced her separation after three years of marriage through her representative.

In a statement on Friday, Benny Tarantini and Carl Fysh said: “Adele and her partner have separated.

“They are committed to raising their son together lovingly. 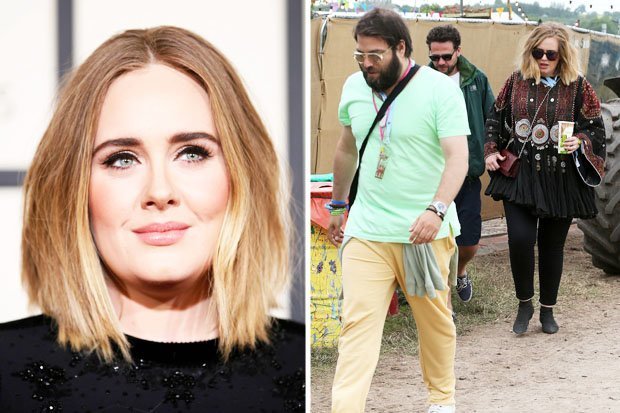 SECRET: The pair had kept their relationship private for years (Pic: PA)

“They are committed to raising their son together lovingly”

They were married in a secret ceremony at home, after five years of dating, and Adele only revealed the wedding during her acceptance speech at the 2017 Grammys.

In an emotional speech, the Tottenham-born singer said: “Grammys, I appreciate it. The academy, I love you. My manager, my husband and my son — you’re the only reason I do it.”

Late in 2016, Adele sparked wedding rumours when pictures emerged of her with a ring on her finger.

Adele announced her marriage to Eton-educated Konecki onstage during a 2017 concert in Brisbane, Australia.

Adele, known for chart-topping albums 19, 21 and 25, is one of the best-selling artists in the world and has won a string of awards.

She has won a total of 139 awards, including an Oscar for her James Bond theme Skyfall, five American Music Awards, 18 Billboard Music Awards, nine Brit Awards, 15 Grammys and a Golden Globe.

As of this year, she has sold around 40 million albums and 50 million singles worldwide.

STATEMENT: She announced the split through her representatives (Pic: PA)

FAMILY: The couple have said they are still committed to son Angelo (Pic: PA)

Last year, it was revealed she made an astonishing £142m in one world tour.