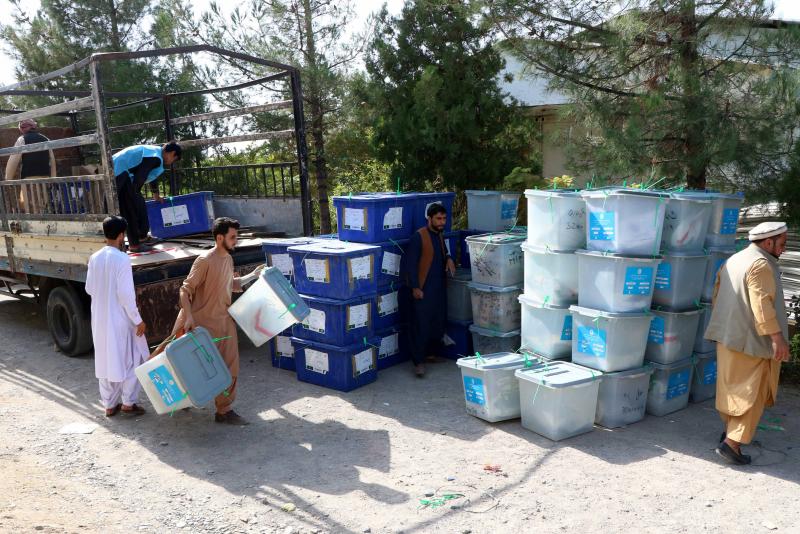 The results from the Sept. 28 election were due Saturday.

“Regrettably, the commission, due to technical issues and for the sake of transparency, could not announce the presidential election initial poll results,” Hawa Alam Nuristani, head of the Independent Election Commission, said.

Nuristani said she hoped the results will be released “as soon as possible.”

The top opponents, President Ashrafent Ghani and chief executive Abdullah Abdullah, both have declared victory and said they wouldn’t accept defeat because of suspected flaws in the voting process. The United Nations and the U.S. Embassy have asked all candidates to accept the results.

In 2014, presidential election results were marred by fraud. The United States brokered a power-sharing deal between Ghani and Abdullah.

“The IEC and [Electoral Complaints Commission] have a challenging task to review votes and process complaints, concerns, and allegations of fraud from across the country,” Alice Wells, the U.S. Principal Deputy Assistant Secretary for South and Central Asian Affairs, earlier told Khaama Press.

Biometric devices were used to confirm the identities of voters. A photograph and fingerprint were obtained from each. One election official told The Washington Post that up to 500,000 votes cast without biometric information were expected to be disqualified.

The election commission estimated around 2.7 million Afghans voted, less than one-third of those registered.

“A number of observers … are illegally disrupting the process of the elections,” Nuristani said.

Each presidential campaign sent observers to polling stations across the country on election day and during the process for counting votes.