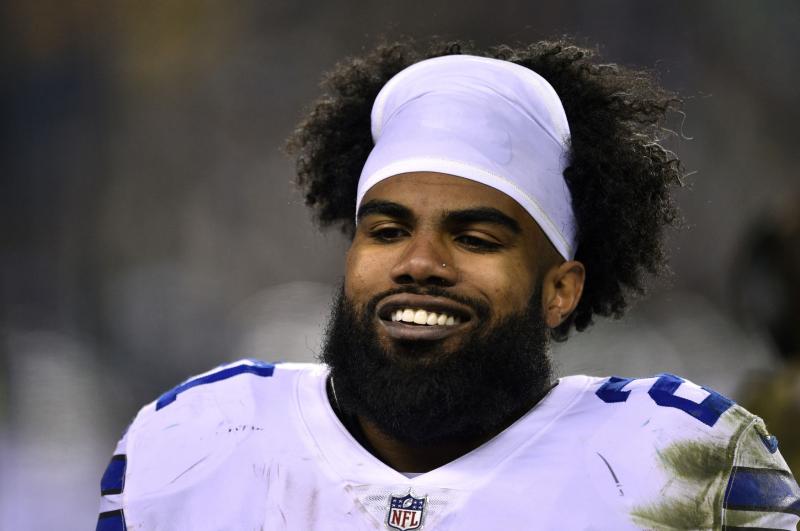 Sept. 3 (UPI) — Dallas Cowboys star running back Ezekiel Elliott is nearing a deal with the team to end his holdout.

Elliott’s agent, Rocky Arceneaux, said the tailback is “very close” to reaching a contract extension with the Cowboys. Elliott, who has been training in Cabo San Lucas, Mexico, during his holdout, returned to Dallas on Tuesday in the hopes of finding a long-term agreement.

“I think Zeke is showing he’s committed by coming back to Dallas. We didn’t come here not to do a deal,” Arceneaux told reporters at DFW International Airport. “We’re talking. They’re committed and we’re committed. That’s why we are here.”

Arceneaux said Elliott is in playing shape if a deal is reached this week.

League sources told NFL Media that Elliott and the Cowboys are in the final stages of a contract extension that would make him the highest-paid running back in the NFL. The prospective five- or six-year deal is expected to be worth about $ 15 million per season, according to the Washington Post.

The Cowboys selected Elliott in the first round (No. 4 overall) of the 2016 NFL Draft out of Ohio State. The All-Pro tailback has been voted to the Pro Bowl twice.

Elliott, who has two years remaining on his current rookie contract, finished with 1,434 rushing yards and six touchdowns on 304 carries last season.