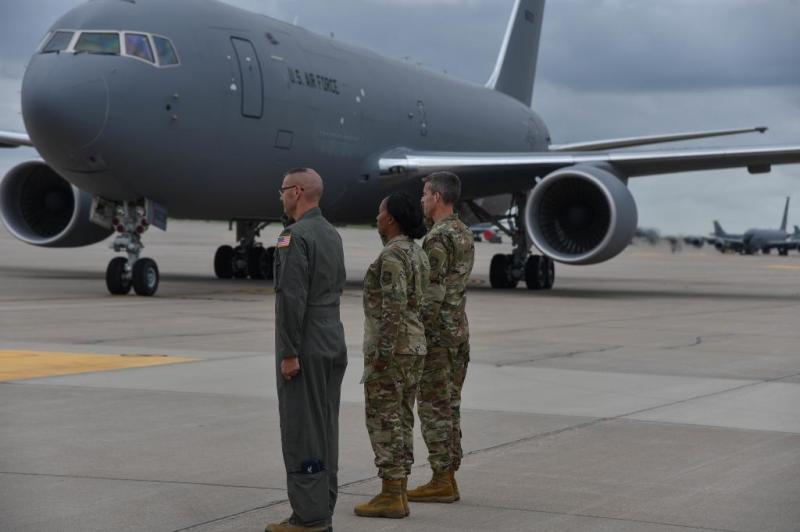 In September, after a flight where cargo locks on the bottom of the aircraft’s floor became unlocked midflight, the tanker was restricted from carrying either cargo or people in the back of the aircraft.

“The Boeing/Air Force team have successfully tested a cargo lock retrofit that prevents the lock from beginning to disengage,” Boeing spokesperson Lawrence Chambers told National Defense Magazine on Tuesday. “The retrofit has already flown on the tanker during testing and meets all requirements. Boeing and the Air Force plan to install the new locks on all KC-46 aircraft in the coming weeks.”

So far Boeing has paid more than $ 3.5 billion of its own money to fund corrections to ongoing technical issues, of which the cargo issue is the fourth.

The company has also paid to address the tanker’s remote vision system, which provides imagery that in certain lighting conditions looks warped or misleading; instances of the boom scraping against the airframe of the receiver aircraft; and a requirement to redesign the boom to accommodate the A-10 plane.

“That goes in the bucket of why we do operational testing,” he said. “You would not find something like that if you weren’t actually flying cargo.”

The tanker has also had issues this year with foreign object debris. In February, the Air Force suspended KC-46 flights at Boeing’s production line in Everett, Washington after finding debris in tankers, and in March it paused all tanker deliveries as the service investigated the extent of the problem — only to restart, stop and restart deliveries in the spring.

In 2011, Boeing was awarded a $ 4.9 billion fixed-price contract for development of the KC-46, and has thus far delivered 16 of the aircraft to the Air Force. The company in September was awarded a contract for 15 more KC-46s, with the branch expected to eventually acquire a total of 179 of them.