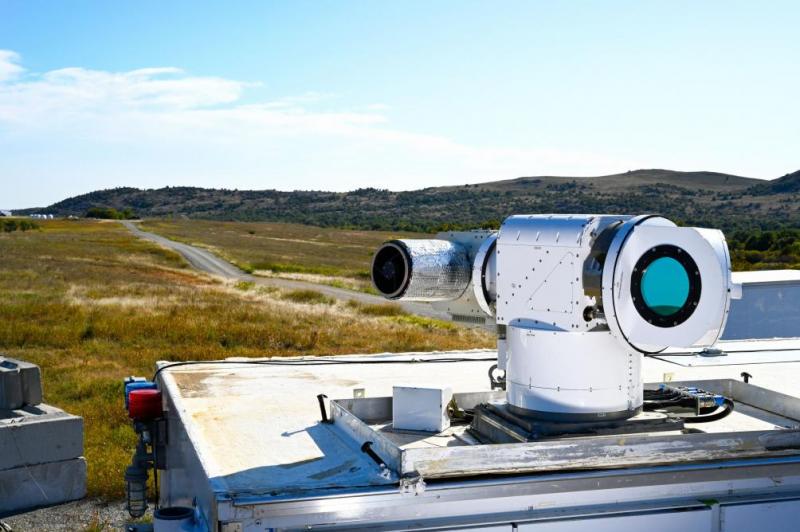 Nov. 7 (UPI) — Members of the U.S. Air Force used the Advanced Test High Energy Asset, referred to as ATHENA, to shoot down a variety of drones in a Lockheed Martin demonstration of the technology.

In the latest test of the ground-portable laser weapon system, Airmen engaged and shot down multiple fixed wing and rotary drones at a government test range in Fort Sill, Okla., Lockheed said on Thursday.

“We’ve watched in recent news as this type of laser weapon solution is essential for deterring unmanned vehicle type threats, so it’s an exciting time for us to watch Airmen compete Lockheed Martin’s critical technology,” Sarah Reeves, vice president of missile defense programs at Lockheed, said in a statement.

For the test, Airmen used a government command and control system and radar system to track the drones in engagements representative of those being dealt with by the U.S. military. They then used ATHENA’s high-energy laser to slew, acquire, track and defeat the unmanned aircraft.

Previous tests have also shown ATHENA to be an effective weapon system, including a 2017 test at White Sands Missile Range in New Mexico, which included the downing of five Outlaw unmanned aerial vehicles.

The 2017 test, Lockheed officials said at the time, helped to validate results from models and tests the company conducted at its own test ranges.

The Department of Defense has invested in the development of a variety of laser-based weapons systems in recent years, including Boeing’s CLaWS vehicle-mounted laser prototype being field-tested by the U.S. Marine Corps and Raytheon’s soon-to-be field tested HELW system for the Air Force.