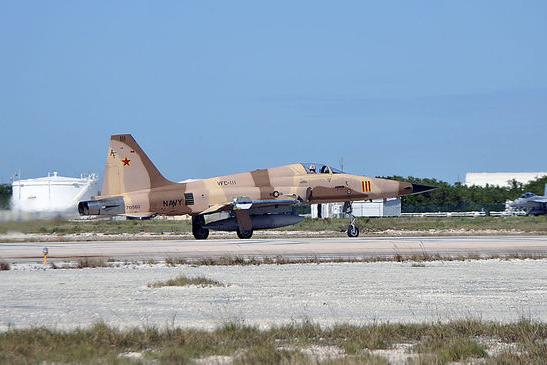 May 11 (UPI) — Airborne Tactical Advantage has been awarded a contract from the U.S. Navy for subsonic and supersonic aircraft.

The deal, announced Thursday by the Department of Defense, is valued at more than $ 54.4 million under the terms of a firm-fixed-price, cost-reimbursement, indefinite-delivery, indefinite-quantity contract for Type III high subsonic and Type IV supersonic aircraft, according to a Defense Department contract announcement.

Work on the contract will occur in Newport News, Va., where Airborne Tactical Advantage is located, along with California and other undisclosed locations across the United States, the Pentagon said.

The period of performance will be complete in May 2019.

The Naval Air Warfare Center said that more than $ 6.1 million will be obligated to Airborne Tactical Advantage at time of award.

Obligated funds will be allocated from Navy fiscal 2018 operations and maintenance funds, which will expire at the end of the current fiscal year in September.