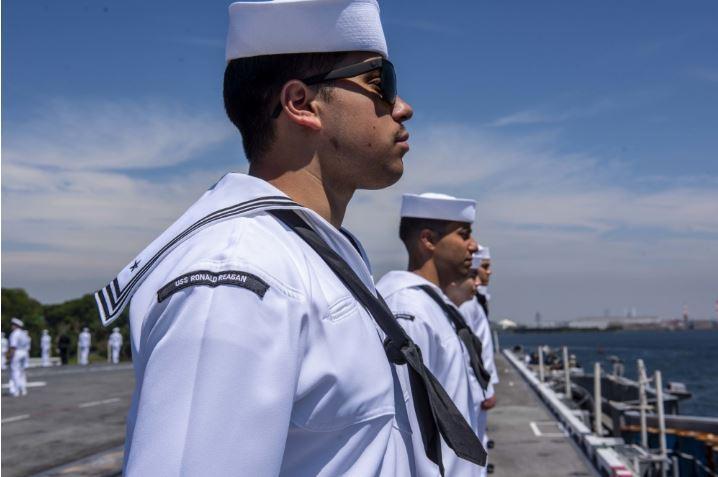 May 22 (UPI) — The aircraft carrier USS Ronald Reagan and its commander task force units began underway operations in the Indo-Pacific region, the Navy announced on Wednesday.

The carrier left its home port of Yokosuka Naval Base, Japan, in its first deployment of 2019. Sailors wore their dress whites and lined the flight deck as it left port.

The carrier is traveling with CTF 70, which has tactical control of carrier strike groups, cruisers, and destroyers that deploy or transit through the U.S. 7th Fleet area of operations. There is typically an unannounced submarine presence as well.

CTF 70 also serves as CSG 5, the Navy’s forward-deployed strike group centered on the USS Ronald Reagan and the embarked air wing, Carrier Air Wing 5. CTF 70 and the carrier’s Strike Group are forward-deployed, or placed so that it would be the first unit make contact with an enemy, or be a lead unit in any movement to battle.

The air wing, based at Marine Corps Air Station Iwakuni, Japan, will join the carrier to join the Ronald Reagan at sea. Typically, the ship deploys with a strike group of destroyers, cruisers and an unannounced submarine presence.

The Navy generally does not identify the length of a carrier deployment or its destination.

The USS Ronald Reagan is the Navy’s only carrier permanently deployed outside the United States, allowing it to respond in the Indo-Pacific in a matter of days. It recently underwent an extensive maintenance and upgrade of its systems.