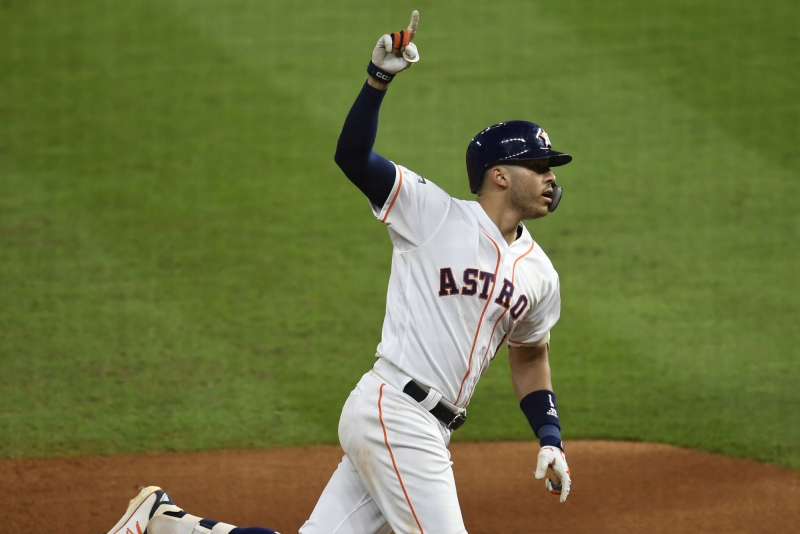 It was Correa’s second career walk-off homer in the postseason, making him the third player in MLB history to accomplish that feat. With his game-winning blast, the Astros avoided elimination and trimmed the Rays’ daunting three-game series lead to 3-2.

Game 6 of the ALCS is set for Friday. Houston is just the fourth team to force a Game 6 after dropping the first three games of the series. The 2004 Boston Red Sox are the only team in major league history to come back from a 3-0 deficit in a best-of-seven series.

The Astros took a 1-0 lead in the first inning when George Springer belted a solo homer to left field. The Rays answered in the third with Brandon Lowe’s solo shot to center.

In the bottom of the third, Michael Brantley plated two runs with a single off Rays reliever Josh Fleming, giving the Astros a 3-1 advantage. Randy Arozarena made it a one-run game in the fifth with a solo shot, and Ji-Man Choi added another home run three innings later to tie the game at three runs apiece.

“I guess we had the momentum going into the ninth,” said Choi, who went 2 for 2 with two walks. “But no one said it was going to be easy.”

After Alex Bregman popped out to begin the final inning, Correa immediately halted the Rays’ momentum with his 416-foot bomb to center field.

“We had a meeting after we lost that third game,” said Correa, who called the walk-off homer in the dugout. “We said, ‘Hey, we’re not ready to go home, so we’ve got to do something about it.’ But we’ve still got a long ways to go. We’ve got to keep taking care of business.”

Luis Garcia got the start for the Astros in a bullpen game and threw two hitless innings, striking out one and walking two. Ryan Pressly (1-0) tossed 1 1/3 innings and allowed one hit to earn the win.

Rays starter John Curtiss gave up one run and one hit in 1 1/3 innings. Anderson (0-1) was saddled with the loss.