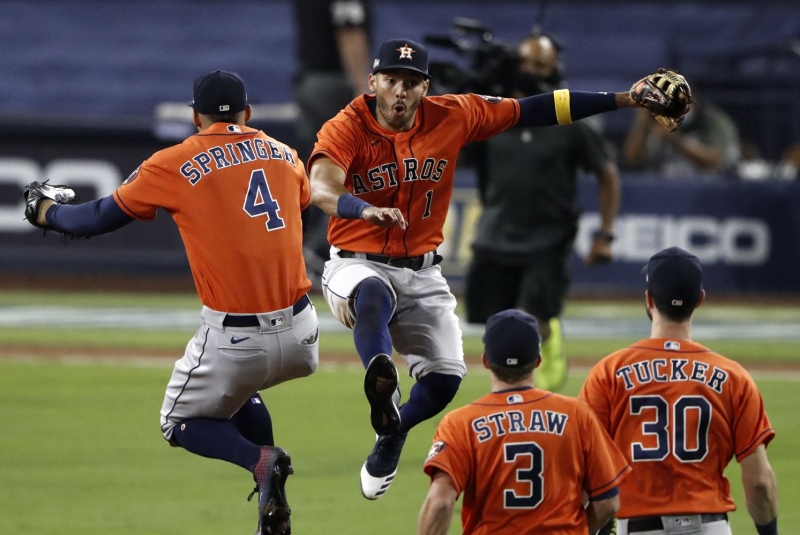 Oct. 16 (UPI) — The Houston Astros earned a 7-4 win over the Tampa Bay Rays on Friday for their third consecutive victory, forcing a decisive Game 7 in the AL Championship Series.

The Astros are now one win away from their third World Series in four seasons, and the club can join the 2004 Boston Red Sox as the only teams to rally from a 3-0 deficit to win a seven-game series. The Red Sox stunned the New York Yankees to win the ALCS before going on to win their first World Series in 86 seasons that year.

Otherwise, MLB teams leading 3-0 in a best-of-seven playoff series are 37-1.

The Rays grabbed a 1-0 lead in the bottom of the second when Willy Adames doubled to center field to score Brandon Lowe. Behind starting pitcher Blake Snell, the Rays entered the fifth with a one-run lead and appeared ready to end the series in shutout fashion.

But Astros stars George Springer and Jose Altuve keyed a four-run rally in the fifth to chase Snell, who gave up only two hits through four innings. Springer plated two runs with a single to push the Astros in front 2-1, and Altuve’s RBI double made it 3-1.

Carlos Correa, who had the walk-off home run in Game 5 of the series, singled to left to score Altuve, giving the Astros a 4-1 lead. Kyle Tucker’s solo homer in the sixth extended that lead to 5-1, and Houston added two more runs in the seventh to jump ahead 7-1.

Manuel Margot then homered twice and drove in three runs over the next two innings for the Rays, who again fell short of closing out the series.

Game 7 of the ALCS is set for Saturday night. Right-hander Lance McCullers Jr. is expected to start for the Astros, while Charlie Morton will take the mound for the Rays.