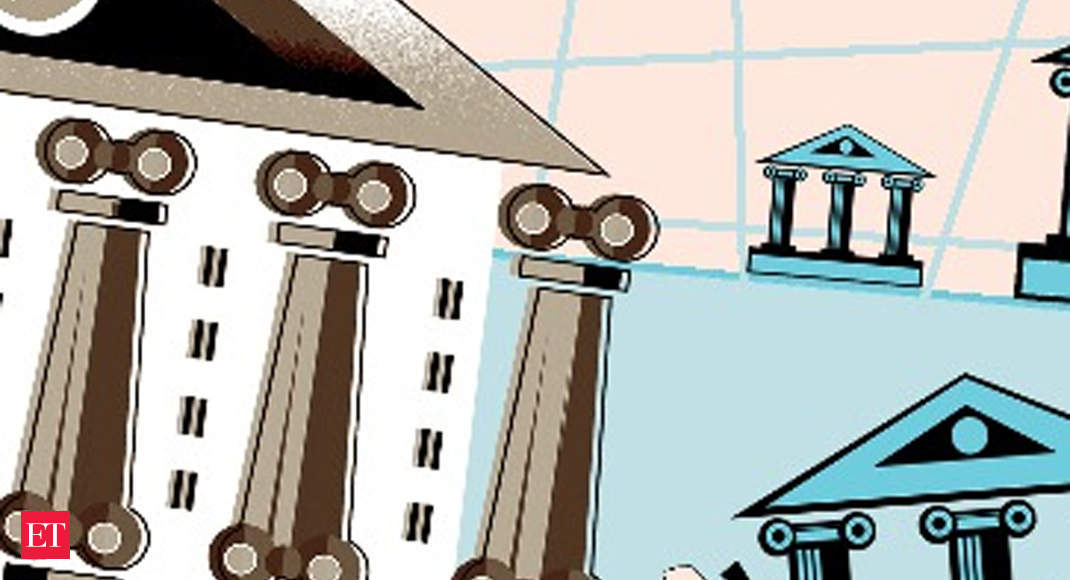 MUMBAI: The 11 state-run banks, which are under the Reserve Bank’s prompt corrective action (PCA) framework, has seen a 400 basis points increase in their share of retail loans at 19 percent of the system in the four years ending September 2018, says a report.

The Reserve Bank began to place state-run banks under PCA framework first time in September 2016, when their NPAs soared beyond the regulatory tolerance levels. But the present data is for the period between March 2015 when their retail share was only from 15 percent and September 2018 when it rose to 19 percent, according to American brokerage Jefferies.

A report by the brokerage said Friday it is often misreported that banks under PCA aren’t allowed to grow (gross loans have indeed fallen 10 percent since March 2015).

“Yet their retail and home loans are up 16 percent and 53 percent. Their share of retail loans has risen from 15 per cent in March 2015 to 19 percent in September 18, while their share of home loans in retail has climbed from 46 percent to 61 percent in the same period,” the report said.

The PCA framework puts restrictions on weaker banks on many aspects, including fresh lending and expansion, and salary hikes among others. Of the 21 state-owned banks, as many as 11 are under the PCA framework now and these banks’ NPAs hover in high double-digits, with that of IDBI Bank being the highest at close to 33 percent in the September 2018 quarter.

Among the current crop of 11 banks under the PCA, the first to fall in line was United Bank of India in early 2014.

The report, however, suspects that banks under PCA have lost market share to private sector banks in corporate loans and unsecured personal loans, and that it will be a Herculean task for them affected banks to claw this back.

The report said so far 11 banks are under the PCA framework, but latest data suggest that 17 banks would be classified under PCA, which could be reason for the debate on the framework.

It can be noted that the PCA has been one of the 12 serious breaking points between government and the RBI and a key issued raised in the one of the three letters that the government shot off to RBI on October 10, under the never- before-used provision of Section 7 of the RBI Act.

At the November 19 RBI stormy board meeting, the board decided to refer the issue of relaxing PCA framework for weaker banks to the Board for Financial Supervision (BFS) of the central bank.

The poll-bound government feels that putting as many as half of its banks were preventing credit flow the critical MSME sector which is highly labour intensive.

The report said there wasn’t a bank run in the 11 banks, despite their precarious asset quality and capital position. “Instead, these banks have accrued incremental customers and deposits. Excluding State Bank of India, growth of savings balances of PCA and non-PCA banks shows little difference,” it said.

As of the September 2018 quarter, the average employee costs of these banks grew 4.2 percent, and 16 percent for non-PCA banks, while the same was a low 8.2 percent for private sector banks. Non-employee costs grew 7.8, 15.7 and 17 percent, respectively, it said.

The report further both gross NPA as well as net NPA formation ratios are showing signs of a decline across all the banks, especially the state-run ones.

“We do expect a flare-up in NPA formation in the third and fourth quarters of FY19 because of IL&FS defaults or any mishap in the developer portfolio,” the report said, adding the offset would likely be through upgrade/recovery of a few steel and power accounts.

IL&FS and its group companies have defaulted on repayments of various debt, which has created a liquidity issue in the system. It’s total debt stood at Rs 94,215.6 crore as of October 8, 2018. So far the group has defaulted payments worth over Rs 440 crore.