Brazil’s Amazon rainforest has suffered its worst deforestation for 12 years.

The official data from Brazil’s space research agency was released on Monday and showed a 9.5% annual increase.

Satellite images from August 2019 and July 2020 were examined to assess the damage.

Brazil will now miss its own target to keep deforestation to around 3,900km2.

In 2018, the year before controversial president Jair Bolsonaro came to power, 7,536km2 of forest was destroyed.

Mr Bolsonaro has been criticised for his attitude to the Amazon – the world’s biggest rainforest – which plays a vital role in absorbing carbon dioxide. 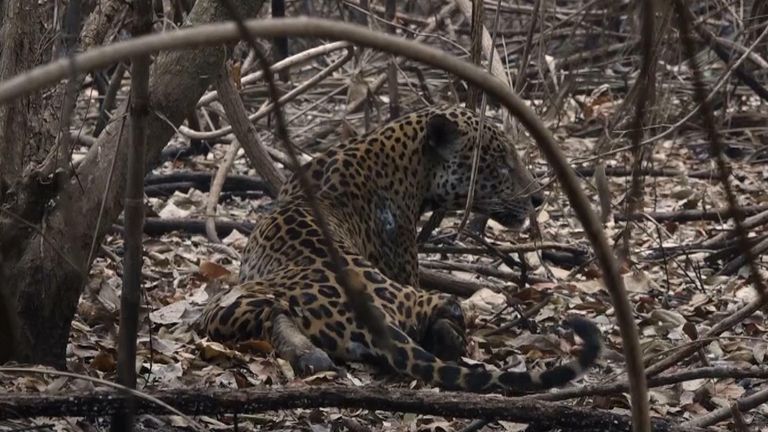 He has weakened Brazil’s environmental enforcement agency and urged more commercial farming and mining in the Amazon, saying it will help fight poverty.

Campaigners say his policies have emboldened illegal ranchers, miners and land grabbers to clear the forest without fear.

Greenpeace said the official data showed Para state was the most deforested, followed by Mato Grosso, Amazonas and Rondonia.

She said supermarkets and food companies were the ones with the power to bring about a change.

“Industrial meat and dairy is the biggest driver of deforestation,” she said.

“Yet our supermarkets and fast food chains continue to serve it up to us day after day, knowing that its production is destroying forests, threatening the lives of Indigenous communities, endangering wildlife and worsening climate change.”

Brazil’s government said the figures showed progress, as the 9.5% increase was lower than the 34% recorded in 2019.

“While we are not here to celebrate this, it does signify that the efforts we are making are beginning to bear fruit,” said Vice President Hamilton Mourao. 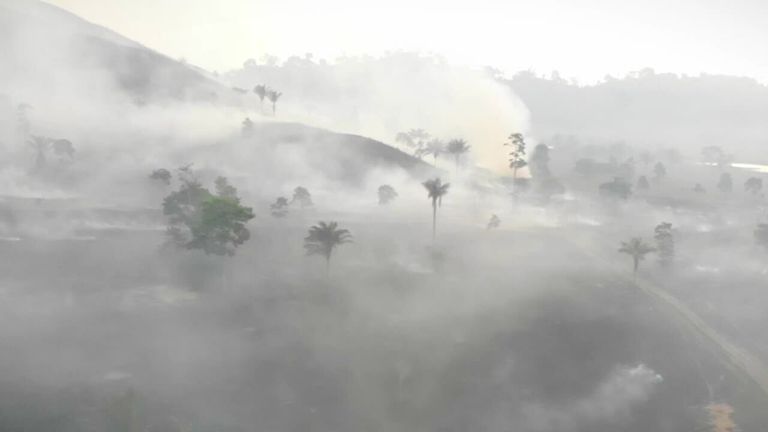 Huge areas of the Amazon have also seen devastating fires this year, with farmers often accused of starting them to create more land for cattle.

Sky News visited the region in September and saw areas covered by enormous clouds of smoke and ash.

Incoming US president Joe Biden has suggested the world should offer Brazil money to help stop deforestation, and threatened financial consequences if it does not do enough.

Mr Bolsonaro said such action was a threat to Brazil’s sovereignty.