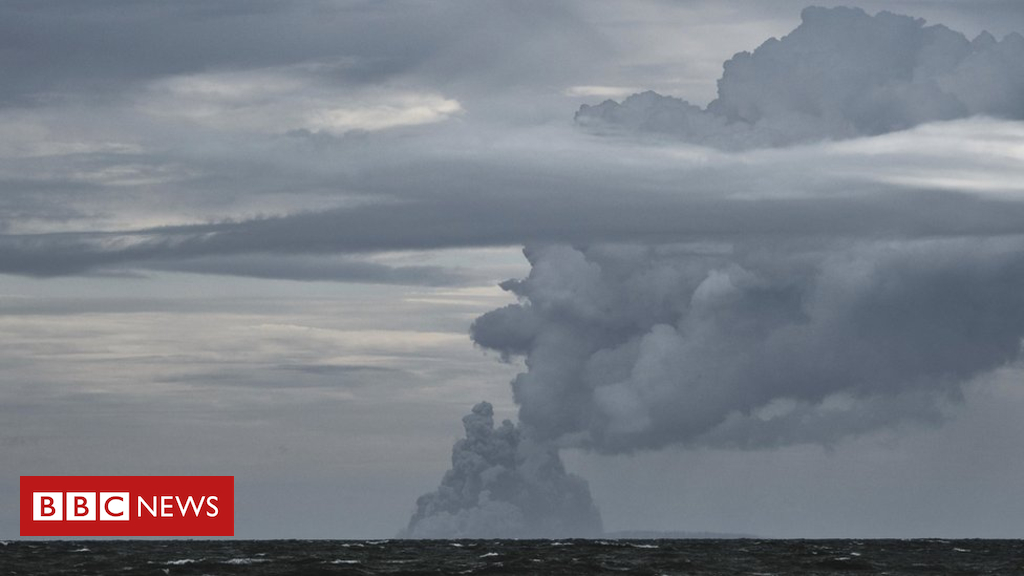 The scale of the dramatic collapse of the Indonesian volcano that led to last Saturday’s devastating tsunami in the Sunda Strait is becoming clear.

Researchers have examined satellite images of Anak Krakatau to calculate the amount of rock and ash that sheared off into the sea.

They say the volcano has lost more than two-thirds of its height and volume during the past week.

Much of this missing mass could have slid into the sea in one movement.

It would certainly explain the displacement of water and the generation of waves up to 5m high that then inundated the nearby coastlines of Java and Sumatra.

Indonesia’s disaster agency says more than 400 people are confirmed dead with 20 or so still missing. In excess of 40,000 have been displaced.

The Centre of Volcanology and Geological Hazard Mitigation (PVMBG) has been studying pictures from a number of radar satellites, including the European Union’s Sentinel-1 constellation and the German TerraSAR-X platform.

Radar has the advantage of being able to see the ground day or night, and to be able to pierce cloud.

The capability has allowed some initial measurements to be made of Anak Krakatau’s lost stature, in particular on its western side.

What was once a volcanic cone standing some 340m high is now just 110m tall, says the PVMBG.

Quite how much mass was lost on 22 December itself and how much in the following days is unknown. Scientists may have a better idea once they have had a chance to visit the volcano and conduct more extensive surveys.

But with the eruptions still ongoing and a safety exclusion zone in force – no-one is going near Anak Krakatau.

Cone collapse with tsunami generation was considered a potential hazard before last Saturday.

Scientists had modelled the possibility six years ago, even identifying the western flank of Anak Krakatau as the section of the volcano most likely to fail.

The study, although simulating a larger event, predicted wave heights and coastal inundation times that were remarkably similar to what actually happened.