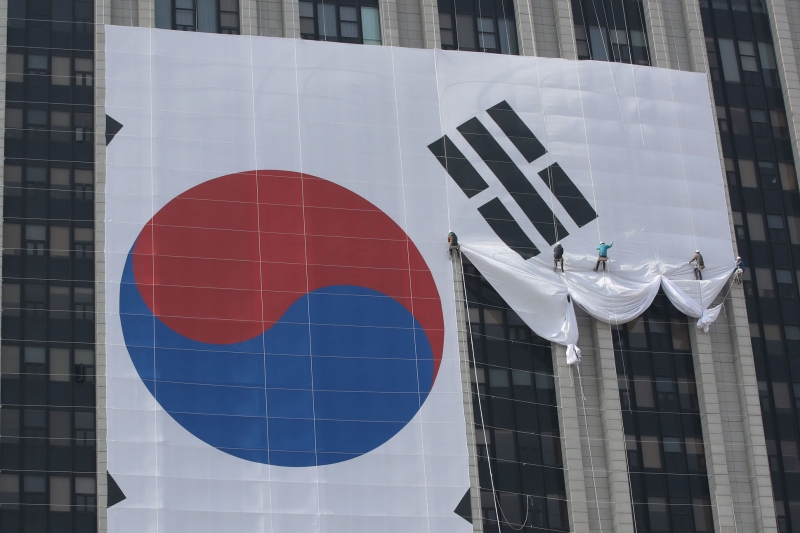 Ambassador Ahn Ho-young, president of the University of North Korean Studies in Seoul, said at a webinar of the International Forum on One Korea building a national vision in South Korea for Korean unification must include values such as freedom, democracy and human rights.

“This past year we saw many developments inimical to those values,” said Ahn, the former top South Korean envoy to Washington.

Populism is everywhere globally on the left and the right. A large number of world leaders have succumbed to its temptations, Ahn said.

In South Korea, the different dimensions of a successful unification strategy are showing signs of weakness, according to the analyst.

South Koreans are not in agreement about the best approach to North Korea, the two Koreas are at a political impasse, and inter-state relations have been moving from bad to worse in the wake of COVID-19, Ahn said.

South Korean President Moon Jae-in has been sincere about his intentions, but the North has reciprocated with threats and military provocations.

North Korea’s demolition of the inter-Korean liaison office in Kaesong in June tells a “story of frustration,” according to the analyst. North Korea is under heavy sanctions and remains unprepared to deal with COVID-19.

“What North Korea must understand is that [its source of frustration] doesn’t come from South Korea or the United States,” Ahn said, referring to Seoul and Washington’s determination to talk to North Korea.

Hyun-Jin Preston Moon, chairman of the Global Peace Foundation, said during the webinar on realignment and global changes unification should be a starting point toward finding a permanent solution.

Moon said the United States should recognize a Korean-led unification process as part of its foreign policy.

The process, if carried out successfully, would ensure a new Korean nation that shares the value of Western democracies, and is economically and geopolitically aligned with the United States and not China.

“If the South manages its geopolitical position wisely it could benefit the Korean people greatly,” he said.

Moon said the goal of unification comes at a time of economic stagnation in the South. The country is highly developed but needs new avenues of growth. Korea’s large conglomerates dominate the economy and stifle competition. Meanwhile, capital remains limited for small to midsize entrepreneurs.

The North, by contrast, represents untapped natural resources and a larger domestic market. Seoul could become a major hub in the region, as the fate of cities like Hong Kong remains uncertain, Moon said.

Pyongyang’s possession of nuclear weapons, which the regime has not tested since 2017, continues to pose an existential threat to the United States and its allies.

“Kim will use all means to remain in power,” Parker said, referring to the North’s nuclear and chemical weapons. “All options should be considered for the removal of North Korea’s weapons of mass destruction.”

The rise of North Korean threats invites the possibility Seoul and Tokyo could pursue nuclear weapons in the long term.

“The issue of nuclear goes beyond the Kim Jong Un regime,” Parker said. “The Japanese and South Koreans will be forced to build an advanced nuclear program of their own.”

Japan’s pursuit of weapons of mass destruction would then push China to further expand its nuclear systems, setting in motion the kind of arms race that marked the Cold War, according to the analyst.

The Global Peace Foundation is affiliated with the ultimate holding company that owns United Press International.