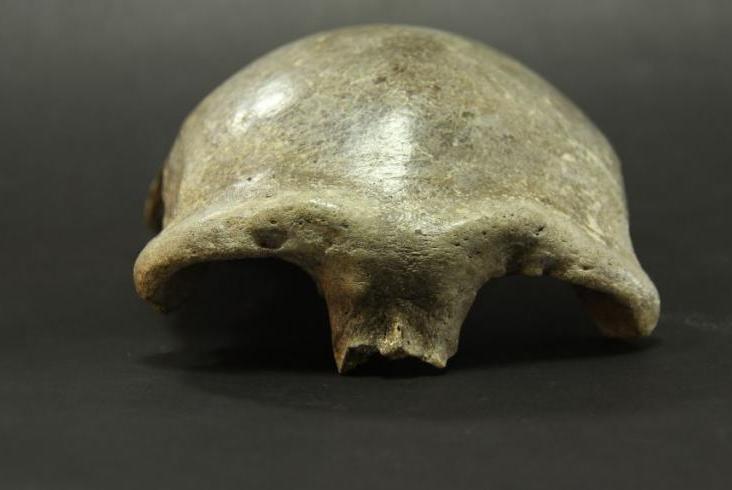 Jan. 30 (UPI) — An ancient Mongolian skull thought to belong to the a unique species of Pleistocene hominin, dubbed Mongolanthropus, is actually the earliest evidence of modern humans in the region.

Using radiocarbon dating and DNA analysis, paleontologists determined the skull belonged to Homo sapiens. The discovery is described in a new paper published Wednesday in the journal Nature Communications.

As a result of compromised dating efforts and the fossil’s archaic skull features, some researchers previously hypothesized the hominid remains hailed from the mid to late Pleistocene and belonged to Homo erectus or the Neanderthals.

The new analysis posits that the modern human specimen lived sometime between 34,950 and 33,900 years ago.

Previous excavations of the Early Upper Palaeolithic have turned up evidence of advanced stone tools in Mongolia. The skull’s age correlates neatly with the stone artifacts.

Scientists at Oxford collaborated with researchers at the University of Pisa to identify contaminants on the skull. Researchers found traces of resin that were applied when the skull was first discovered.

“The research we have conducted shows again the great benefits of developing improved chemical methods for dating prehistoric material that has been contaminated, either in the site after burial, or in the museum or laboratory for conservation purposes,” Oxford researcher Thibaut Devièse said in a news release. “Robust sample pretreatment is crucial in order to build reliable chronologies in archaeology.”

“This enigmatic cranium has puzzled researchers for some time,” said Oxford researcher Tom Higham. “A combination of cutting edge science, including radiocarbon dating and genetics, has now shown that this is the remain of a modern human, and the results fit perfectly within the archaeological record of Mongolia which link moderns to the Early Upper Palaeolithic industry in this part of the world.”