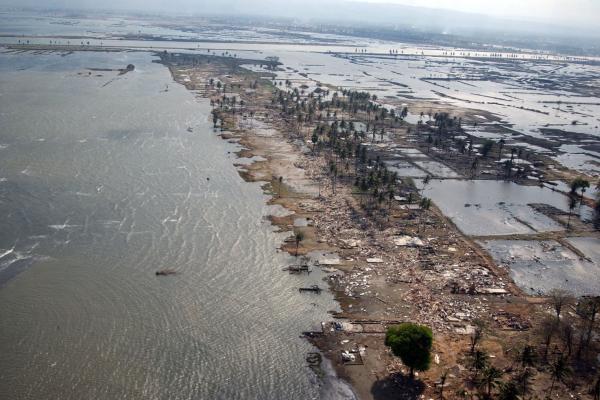 Aug. 15 (UPI) — Ancient tsunamis could explain a handful of prehistorical mass graves in the Pacific, Mediterranean and northern Scotland.

Researchers at the University of New South Wales were first inspired to search for evidence of ancient tsunamis after observing the aftermath of recent disasters.

“Basically, when you look at recent events such as the 2004 Indian Ocean tsunami you see that there is a dire need for rapid burials when survivors are overwhelmed with the number of dead,” archaeologist James Goff told UPI. “So it was a very simple question: What about ones in prehistory? Surely they faced the same problems, even more so given their lack of aid coming in. So where are the mass burials?”

Goff and his colleagues went looking for evidence tsunami-relatied mass casualties in the archaeological record. They identified several mass grave sites on the Solomon Islands and Vanuatu in the Pacific, as well as on Orkney and Shetland in the Northern Isles of Scotland. The burial sites ranged from 5,000 to 500 years old.

For each site, scientists looked for geological and climatic evidence of tsunamis. For several sites, scientists showed tsunamis offered a better explanation for mass graves than traditional explanations like epidemics and warfare.

“The Pacific ones are most convincing,” Goff said. “They are in areas known to have been affected by large palaeotsunamis, they date to the correct age, and there are lots of skeletons buried in a not particularly structured manner.”

“So you have mass burials that are somewhat chaotic dated to the time of known palaeotsunamis – the question is therefore — why not consider a tsunami caused the deaths?”

There are more coastal burial sites to be analyzed, and Goff and his colleagues hope other researchers will take a cue from their work and consider the possibility of a tsunami the next time they find human remains buried in haste.

Of course, not every mass grave was caused by a tsunami. Far from it. But researchers say the possibility should at least be considered.

Just as tribal violence often reveals itself in the form of severe fractures, tsunamis leave their mark on humans remains. When humans drown, they inhale sea water. Micro-organisms called diatoms, living in the water, are swallowed and absorbed into the bloodstream.

“Look for marine microfossils in the bone marrow,” Goff said. “It is a tried and tested technique in forensic science and is a great new tool to add to the toolkit of analysis used by archaeologists.”

Researchers detailed their analysis of tsunami-related burial sites in the Journal of Archaeological Method and Theory.