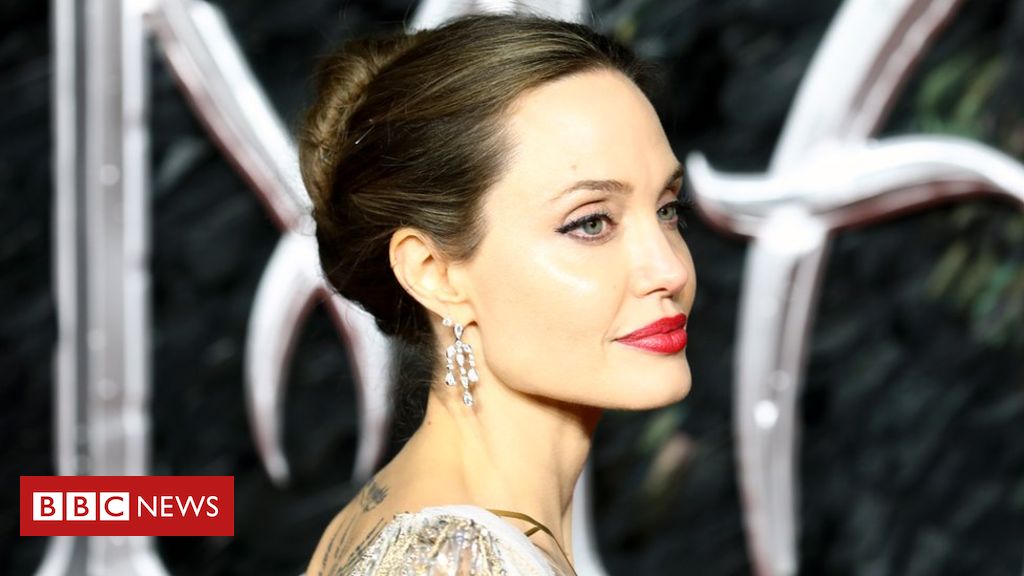 Angelina Jolie has championed the role men can play in shaping the personalities of young girls.

The actress, who stars in Maleficent: Mistress of Evil, also said female characters in films should not have to be portrayed as physically tough in order to be considered strong.

Referring to her own character in the film and Princess Aurora, played by Elle Fanning, Jolie said: “We both very much need and love and learn from the men.

“And so I think that’s also an important message for young girls, to find their own power, but to respect and learn from the men around them.”

She added: “We have strong women, but the character that is wrong in the film and has to be taken out is also a woman. We show very diverse types of women, between our characters, but also we have extraordinary men in the film, and I really want to press that point.”

Maleficent: Mistress of Evil, the sequel to 2014’s Maleficent, is released in the UK later this month and also stars Ed Skrein, Chiwetel Ejiofor and Michelle Pfeiffer.

Fanning, who reprises her role of Princess Aurora in the film, echoed Jolie’s comments and said her character’s strength is not necessarily physical, unlike many princesses in children’s films.

“Aurora’s strength is her kindness, and she stays very true to herself, which is something I wanted to keep in the film. She is soft and feminine and wants to be a wife and have babies, and that’s a beautiful, strong thing that isn’t portrayed a lot on screen.

“A lot of the princesses are like ‘we’re gonna make her a strong princess! And make her tough, so we’re gonna make her fight!’ And it’s like, is that what being a strong woman means? Like, we just have to have a sword and have armour on and go fight? Aurora can do that in a different way, in a pink dress, and it’s beautiful that she keeps her softness and vulnerabilities.”

‘How to use that power’

Many of the female leads in action or children’s films focus on the character’s physical strength. Wonder Woman, for example, or Merida in the Disney’s 2012 film Brave. Indeed, one of Jolie’s previous roles was playing action hero Lara Croft in Tomb Raider.

Explaining the premise of the Maleficent sequel, Fanning said: “Five years have passed in her life, and she’s now Queen of the Moors, and she has this new responsibility, and she’s trying to figure out who she is as a ruler and how to use that power.”

The movie’s plot sees Jolie’s Maleficent conflicted over her maternal feelings towards Aurora, and facing competition from the neighbouring Queen Ingrith (played by Michelle Pfeiffer).

Queen Ingrith causes a rift between Maleficent and Aurora, when her son Prince Phillip proposes to the princess. Ingrith intends to use the marriage to divide humans and fairies, and it falls to Maleficent to stop the impending war.

Official reviews are still under embargo, but critics who attended early screenings of the film have been allowed to share their first impressions on Twitter.

“Maleficent: Mistress of Evil is like Pirates of the Caribbean; there’s lots of convolution and contrivance, but has star power,” said Courtney Howard, who reviews films for Variety and Awards Circuit. “Angelina Jolie, Michelle Pfeiffer and Elle Fanning are a holy trinity with bumpy arcs.”

Scott Menzel, the editor of We Live Entertainment, described it as “a visually spectacular sequel that proves once again that Angelina Jolie was born to play the title character. [It’s] a modern day fairytale where badass women take centre stage. The battle sequences are epic and the costumes are stunning.”

“Angelina Jolie and Michelle Pfeiffer having a sass-off in Maleficent: Mistress of Evil is every bit as good as you’d hope,” said Digital Spy. “The movie needs more of it, but it’s still a visually bold, fun and superior sequel.”

The film received its London premiere on Wednesday.

Fanning said: “I definitely felt a real responsibility to do the second film, the first film was the first film I’d ever done of that scale, and so many young kids saw the film, and especially young girls would come up to me, and they’d look at me as the character.

“So hearing that we’d be doing the sequel, I felt a responsibility to those girls for sure, and just to get to show Aurora as a young woman growing up. Obviously in the first film, I was 14 when I did that, and Aurora still has the qualities that she does of kindness, innocence and sweetness that she embodies, but it was so fun to come back.

“The three of us [Fanning, Jolie and Pfeiffer], we were there in the beginning, our relationships have changed and grown, I’m 21 now, so I wasn’t the kid on set anymore. I really felt accepted on set in a way. Especially with Michelle and Angelina, I felt like they included me as if I was one of their peers.”

Jolie says the films have come to reflect the life cycle of a woman – something that wasn’t necessarily the intention when the first movie was conceived.

“One of the interesting things is, without realising, we’ve hit the chapters of the growth of a woman,” she said. “Her birth, her christening, to being a little girl, a teenage girl, to now being a wife. And so in a way the chapters are following a few things, but one of them is how a woman grows and evolves.”