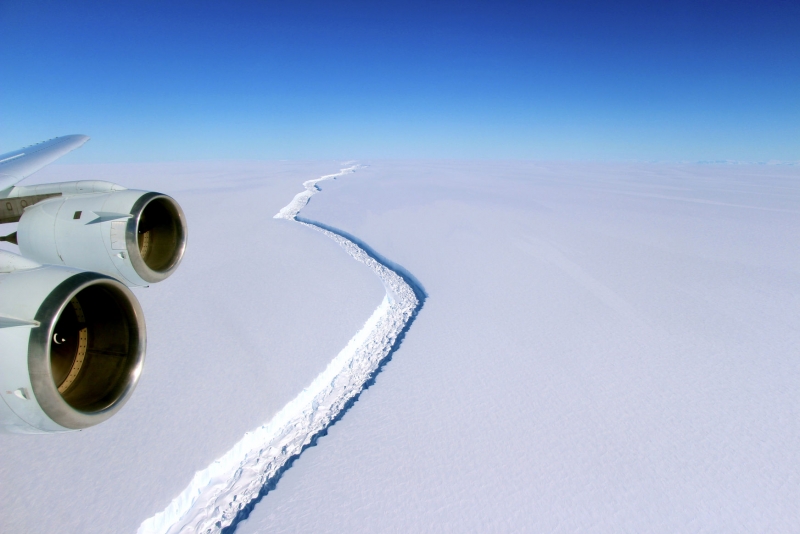 Sept. 23 (UPI) — The Antarctic Ice Sheet will suffer irreversible ice loss raising ocean levels by 8.5 feet even if the world meets global warming goals laid out by the Paris Agreement on Climate change, scientists said in a report published Wednesday.

The analysis determined there are a number of temperature thresholds above pre-industrial levels that will ultimately lead to increasing sea levels if the world’s nations don’t rein in emissions and global warming.

The study, published Wednesday in the journal nature, was conducted by researchers at the Potsdam Institute for Climate Impact Research and the University of Potsdam in Germany, Columbia University in New York City, and Stockholm University in Sweden.

The researchers determined that if global warming is maintained at 2 degrees Celsius above pre-industrial levels — as laid out by the Paris Agreement — sea levels would rise by 8.5 feet.

The impacts won’t be immediate, but once global temperatures reach these levels, Antarctic ice will irreversibly melt into the next century.

“Antarctica holds more than half of Earth’s fresh water, frozen in a vast ice-sheet which is [more than 3 miles] thick,” said Ricarda Winkelmann, lead authors of the study and researcher at the Potsdam Institute for Climate Impact Research and University of Potsdam.

“As the surrounding ocean water and atmosphere warm due to human greenhouse-gas emissions, the white cap on the South Pole loses mass and eventually becomes unstable. Because of its sheer magnitude, Antarctica’s potential for sea-level contribution is enormous: We find that already at 2 degrees of warming, melting and the accelerated ice flow into the ocean will, eventually, entail 2.5 meters of global sea level rise just from Antarctica alone. At 4 degrees, it will be 6.5 meters and at 6 degrees almost 12 meters if these temperature levels would be sustained long enough.”

Basically, the warmer Earth gets, the faster the continent loses its ice.

Last month, scientists discovered a new melting spot in East Antarctica, home to most of the ice sheet. An influx of warm seawater into the Lützow-Holm Bay has accelerated melt rates beneath the Shirase Glacier Tongue.