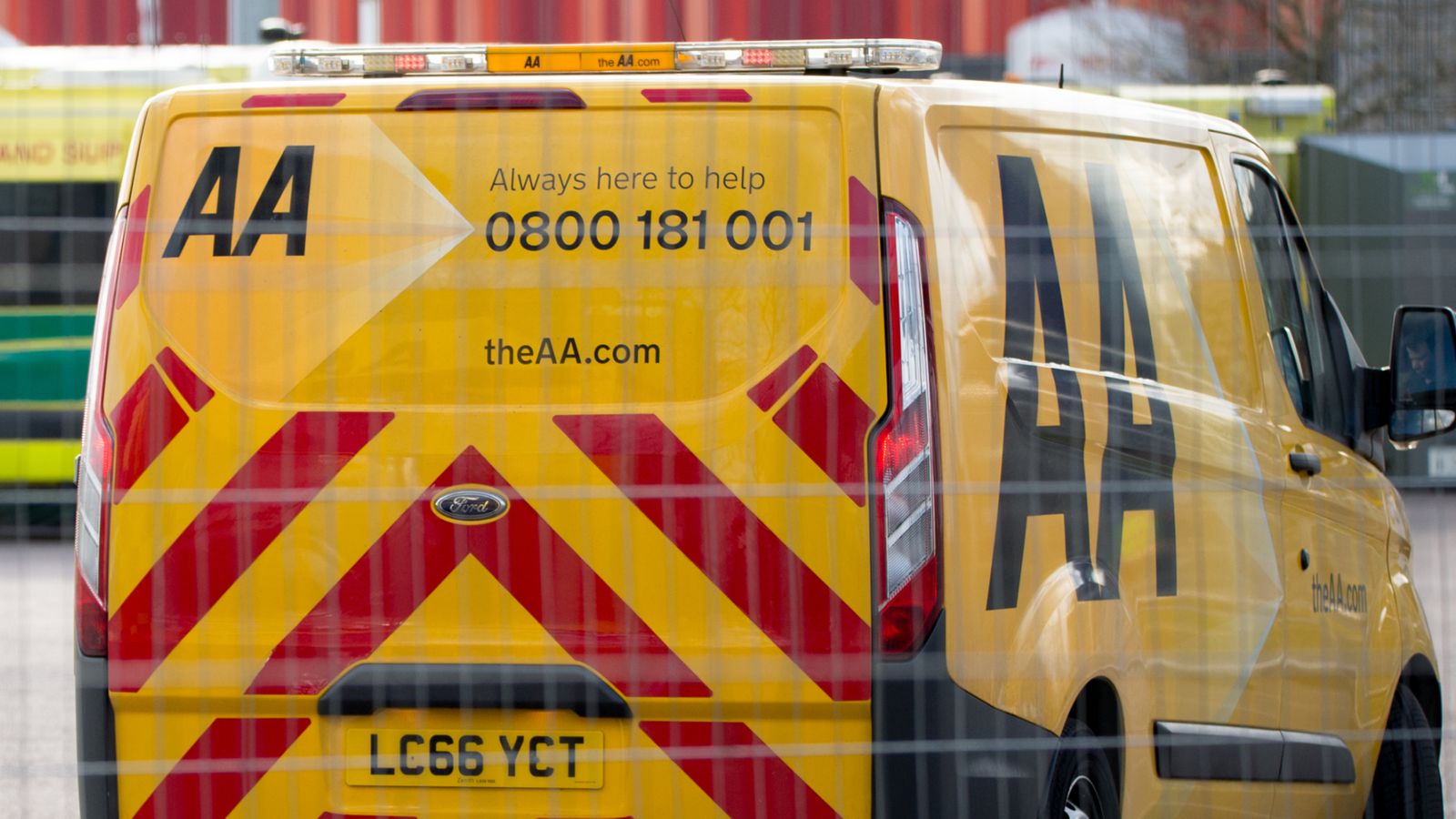 Sky News has learnt that Apollo, co-founded by Leon Black, one of Wall Street’s financiers, has joined a trio of rival bidders in approaching the debt-laden company.

Sources said this weekend that Apollo had informed the AA’s board of its interest in making an offer, although it is said to be less advanced in its work than the other private equity funds.

This week, the AA confirmed that it was in takeover talks with three prospective bidders: a consortium of Centerbridge Partners and Towerbrook Capital Partners; Platinum Equity; and Warburg Pincus.

The AA, which has about 3.2 million motorists as members, used to style itself as “Britain’s fourth emergency service”.

Founded in 1905, it was a mutual for much of its history.

The interest from buyout firms is being explored in parallel with refinancing discussions aimed at reducing the AA’s gargantuan £2.65bn debt pile.

Apollo’s approach will come as little surprise given its long history of acquiring debt-laden companies on both sides of the Atlantic.

Its previous targets include Brit Insurance, the television producer Endemol Shine and Watches of Switzerland, the UK-based retailer.

The AA has had previous spells in private equity ownership, with CVC Capital Partners and Permira loading its balance sheet with debt during their stint as its shareholders.

They then merged it with Saga, the over-50s travel and insurance provider under Acromas, a new corporate umbrella, before the whole structure was unwound just a few years later.

Since returning to the public markets in 2014, the AA has groaned under the weight of its borrowings.

Ironically, given its history, all of the prospective private equity bidders have committed to injecting substantial sums of equity into the company to cut its debts.

Almost £1bn of the AA’s borrowings are due to be repaid in the next two years.

In a statement this week, the AA said: “The board of AA believes that in order for the business to achieve its full potential it needs to have greater financial flexibility to make longer-term investment decisions that are in the best interests of the group’s shareholders and its wider stakeholders.

“To achieve this, the group needs a more stable and sustainable capital structure and this requires a significant amount of additional new capital in order to reduce the group’s indebtedness and to fund future growth.”

All of the bidders are likely to line up a new chairman for the company since John Leach, the incumbent, is close to retiring.

Analysts expect formal bids to be pitched at between 40p and 50p-per-share, which could give the company an equity value of about £250m.

Apollo and the AA declined to comment on Saturday.