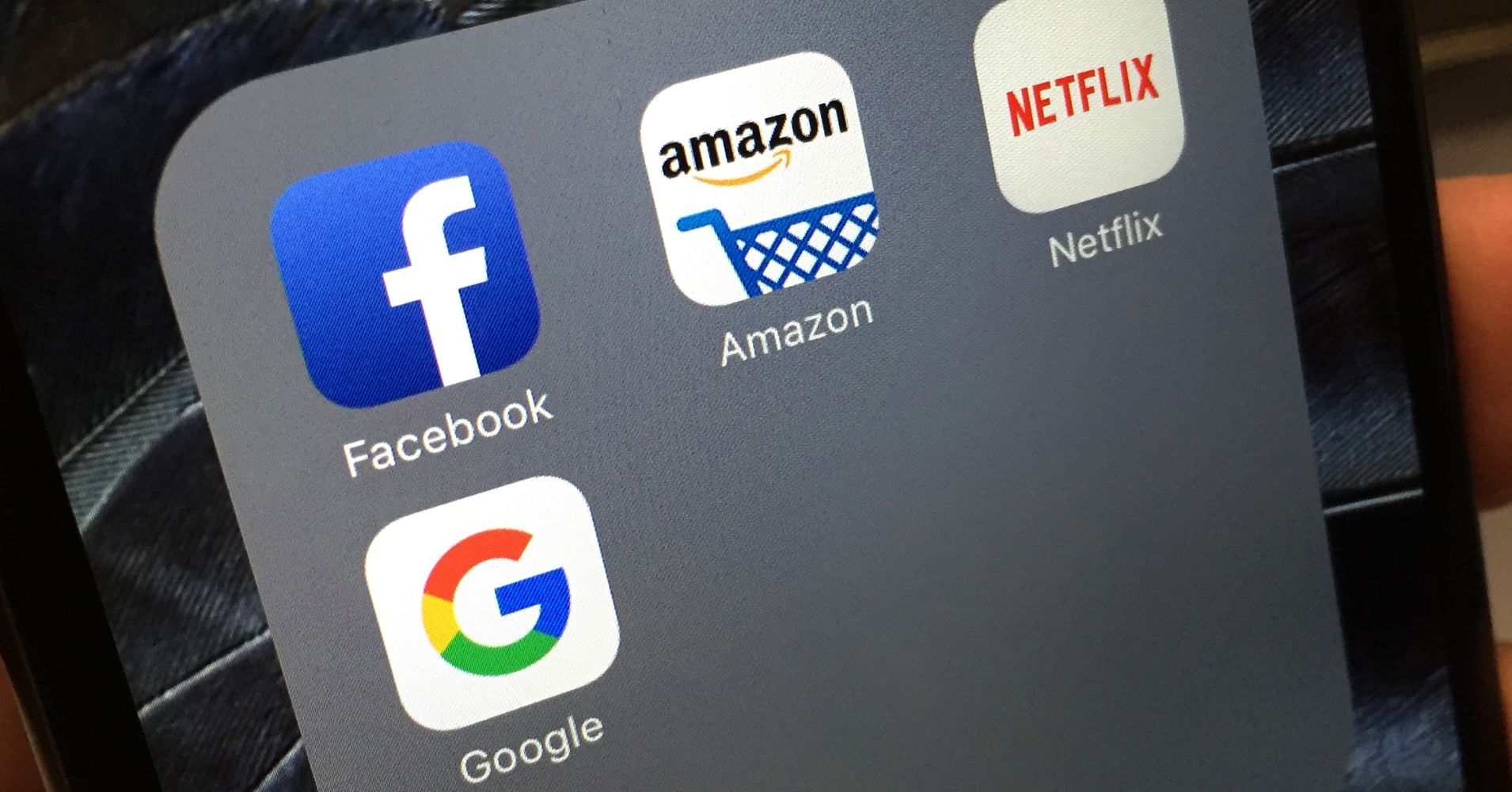 The earnings season is about to get a lot more interesting with about a quarter of the S&P 500, nearly half of the Dow Jones Industrials and three of the four biggest companies in the world reporting in the week ahead.

Apple, Microsoft, and Amazon report respectively on Tuesday, Wednesday and Thursday. There will be heavy focus on them, not just because they are the biggest stocks — Microsoft first, then Amazon and Apple fourth — but because they represent growth and have been market leaders. Facebook, the sixth largest stock by market cap, also reports on Wednesday.

The bar has already been lowered for Apple, after its warning of a revenue shortfall.

“They’re really important for a variety of reasons. Number one is their influence on the market. But also they’re multinational companies, and they’ll give us an idea of what’s going on overseas. Growth is slowing dramatically and these overseas businesses are not going to be immune,” said Peter Boockvar, chief investment strategist at Bleakley Advisory Group.

About 72 percent of the companies that have reported earnings as of Friday morning have beaten expectations. In terms of revenue, however, there are just 58 percent that beat forecasts, down from about 70 percent in recent quarters. That means a much higher 42 percent have missed revenue expectations so far, according to Refinitiv data.

Also concerning in the earnings data is the fact that first quarter earnings growth expectations have been shrinking, and are now nearly flat — at only 2 percent growth seen for S&P 500 earnings in the current quarter, ending March 31. That number had been more than 5 percent on Jan. 1, and while it had been expected to slow, flat growth was not in most analysts’ forecasts.

The coming week’s reports will come from a wide range of industries, including big energy with ExxonMobil and Chevron Friday; industrials like General Electric and Illinois ToolWorks and drug makers Merck and Pfizer.

Earnings growth expectations for the fourth quarter have been just above 14 percent, including forecasts and actual reports of the companies that already reported.

Lori Calvasina, RBC chief U.S. equity strategist, said tech will be an important group to watch. “This has been one of the most problematic sectors since Dec. 31, in terms of earnings downgrades. There’s been a lot of chatter out of semis this week. That had been the group in tech that was most derisked from an earnings expectations perspective. Expectations have really come down since last August, and since November came down very sharply,” she said.

Semiconductor stocks rallied in the past week, with the Philadelphia Semiconductor Index up 4.4 percent for the week, as of Friday. A number of semiconductor names, like Xilinx and Texas Instruments beat earnings forecasts, though sector heavyweight Intel was disappointing.

Calvasina said she is concerned that earnings expectations for some other tech sectors may not have been adjusted downward enough. She said hardware company earnings forecasts had begun to come down in the fall, but there weren’t many cuts to software sector profit forecasts. Calvasina said the companies where revisions were strong paved the way for a post-earnings stock pop, if the companies could beat lowered guidance.

“In the first two weeks of January, the market tone was buy the dips. It’s been a bit more of a cautionary tone this week. One of the things people have been cautious on, and are worrying about is whether the market can continue to climb higher, if it’s favorite sector is seeing earnings downgrades,” she said, pointing to the technology and communications services sectors.

“I felt a lot better about that after hearing from financials reporting in week one. I read through those earnings call transcripts, and what I was seeing was there was a storm int he markets, there was a storm in fixed in come market in Q4 but that was not in the underlying economy,” she said. “In the first two weeks of January, nobody wanted to touch the financials, but now with the leadership rotation it does seem possible to me.”

The Financial Select Sector SPDR ETF XLF was up 1.2 percent Friday, and is up 9.5 percent since Jan. 1.

Some of the biggest names in the market are also, by default, among the most widely held names in many mutual funds portfolios. In a December RBC report, Microsoft was listed as the most widely held by large cap core, growth and value stock funds in the third quarter. Second was Alphabet, which reports earnings in the following week, and Apple was third.

“When crowded names miss, they tend to be psychologically devastating. You always want to be extra vigilant on crowded names heading into reporting season,” Calvasina said. “Misses tend to get people off guard when they happen.”

As for big tech earnings, Apple has already warned that its iPhone sales in China took a big hit, and analysts have lowered their expectations for earnings this quarter. They also expect iPhone sales weakness to continue into this year.

Microsoft, on the other hand, has far less exposure to China, and Piper Jaffray analysts make a case for it to beat estimates, based on its historical performance.”The combination of top line outperformance and cost discipline has allowed for Microsoft to materially outperform on the bottom line. Although a repeat of performance is not guaranteed…we model a scenario in line with historical averages that supports EPS outperformance relative to guidance of ~$ 0.12 or EPS of $ 1.20,” they wrote in a note.

The firm reiterated its outperform rating on the stock. “We also forecast 4Q18 Operating Income (GAAP) to be ~14% above the high end of guidance, with ~17% incremental margins driven by AWS, the ramping high margin Ad biz and 3P mix shift,” the Cowen analysts wrote. They also have a target of $ 2,250 on the stock.

Besides earnings in the coming week, the Fed meets Tuesday and Wednesday, but it is not expected to take any rate action. There is also the January employment report on Friday.

* This list reflects just some of the companies reporting earnings in the week ahead.