Sir Philip Green’s Arcadia retail empire has collapsed in the worst single corporate failure of the COVID-19 crisis to date, leaving 13,000 jobs hanging in the balance.

Administrators at Deloitte said they would now seek buyers for the business – whose brands ranging from Topshop and Topman to Dorothy Perkins and Burton “sit at the heart of the high street”.

Arcadia chief executive Ian Grabiner said it was an “incredibly sad day” and that the company had been unable to ride out the severe impact of the coronavirus pandemic on trading. 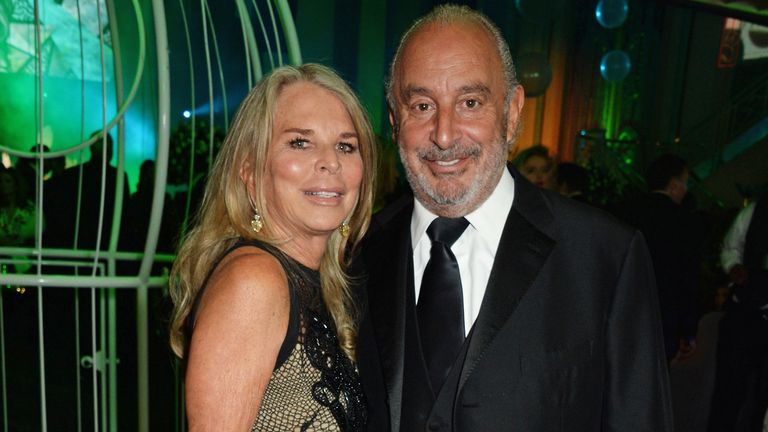 Sky News had exclusively revealed on Friday that the group was on the brink of going into administration following the failure of talks over a £30m loan to help offset a coronavirus cash bleed.

The workforce now faces an uncertain future though no redundancies are being announced immediately and the business will continue to trade as normal – with stores that have been closed due to the latest lockdown to reopen once restrictions are lifted this week.

Administrators said online orders made over the Black Friday weekend would be honoured.

Concerns have been expressed about the company’s pension fund, following a deal agreed last year to top up the scheme.

Labour leader Sir Keir Starmer tweeted: “This is awful news for thousands of Arcadia employees just before Christmas. Philip Green should do the right thing and fill the Arcadia pension deficit.”

Mr Grabiner, the Arcadia chief executive, said: “This is an incredibly sad day for all of our colleagues as well as our suppliers and our many other stakeholders.

“The impact of the COVID-19 pandemic including the forced closure of our stores for prolonged periods has severely impacted on trading across all of our brands.

“Throughout this immensely challenging time our priority has been to protect jobs and preserve the financial stability of the group in the hope that we could ride out the pandemic and come out fighting on the other side.

“Ultimately, however, in the face of the most difficult trading conditions we have ever experienced, the obstacles we encountered were far too severe.”

Once feted as king of the high street, he rubbed shoulders with celebrities and was honoured by prime ministers.

But the tycoon attracted criticism after the collapse of BHS in 2016 – a year after he sold it to serial bankrupt Dominic Chappell for just £1.

Last year Sir Philip celebrated a “95th-minute” win as Arcadia averted collapse when creditors agreed to a company voluntary arrangement (CVA) – a restructuring that meant the closure of a number of stores as well as rent cuts.

Since then it has faced the added pressure of the pandemic, which has had a devastating impact on thousands of retail jobs from Marks & Spencer to John Lewis.

Arcadia owns the Topshop and Topman brands – its most valuable – as well as Dorothy Perkins, Wallis, Miss Selfridge, Evans, Burton and Outfit.

Matt Smith, joint administrator at Deloitte, said: “Arcadia sits at the heart of the high street, and has been striving to combat the impact of COVID-19 throughout this year.

“Now the effect of the lockdowns, combined with broader challenges facing bricks and mortar retailers, have resulted in a critical funding requirement for the group and today’s administration.”

Deloitte said the CVAs of companies within the Arcadia group would come to an end as a result of the administration.

The collapse has prompted questions about a £385m package to top up the group’s pension fund agreed at the time of last year’s restructuring, which includes contributions from Arcadia and Sir Philip’s family.

Stephen Timms, chair of the Commons Work and Pensions Select Committee, has written to the Pensions Regulator, urging it to “fight the corner” of members of the retirement scheme.

He said: “There is unquestionably a moral case for the Green family to do the right thing and guarantee Arcadia’s hardworking staff what is rightfully theirs, whatever happens this Christmas.”