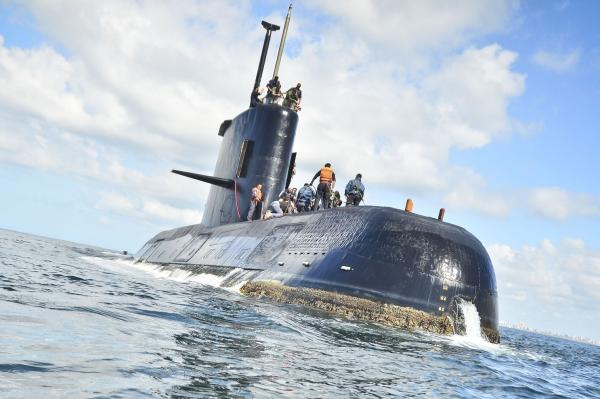 Dec. 16 (UPI) — Argentina has dismissed its navy chief one month after the disappearance of the submarine ARA San Juan off its southern coast with 44 crew members.

Srur, 60, was named head of the navy and promoted to admiral in January 2016.

The San Juan, a 34-year-old, German-built, diesel-electric vessel, has not been found after losing contact on Nov. 15 in the south Atlantic Ocean.

The sub’s last known location was in the San Jorge Gulf was between where it departed from southern Argentina’s Tierra del Fuego archipelago and its home base in Mar del Plata.

One week after the disappearance, Argentina’s navy said an explosion was detected at its last known location a few hours after losing contact.

“We all feel they are hiding things from us,” Jessica Medina, sister to one of the crew members told Telesur. “The Navy has practically tortured us with this situation they have made us lived.”

Friends and family of the crew marched in Buenos Aires and Mar del Plata on Friday night, demanding the government “continue the search.”

With only enough oxygen to sustain life for 10 days underwater, a rescue mission was called off at the end of last month.

Argentina is attempting to find the vessel but efforts were halted Saturday because of high winds and waves, Voice of America News reported.

Legislators plan to form a commission to investigate what happened.