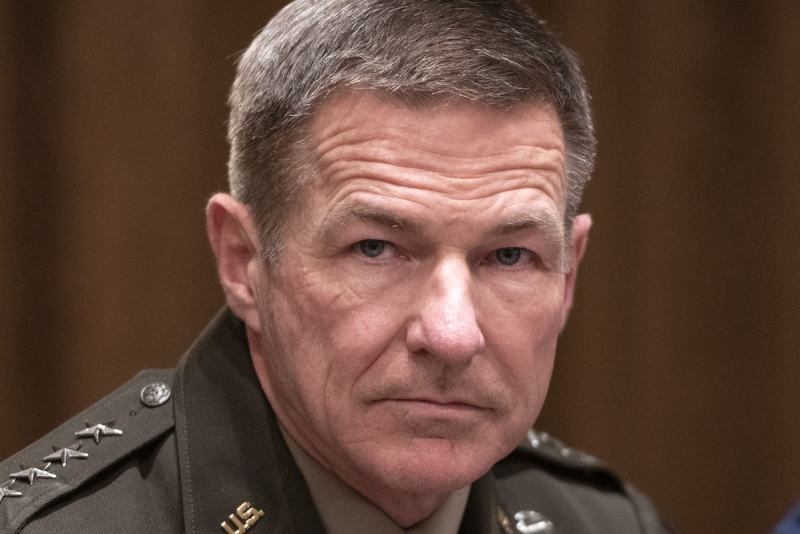 The Army is fighting institutionalized racism and needs to see troops as individuals with distinct experiences instead of as a homogeneous unit, Army Chief of Staff Gen. James McConville said Friday.

The Army doesn’t have a problem with diversity, but inclusion, McConville said at a Center for Strategic and International Studies event.

The service branch is already relatively diverse — the Army is 39% minority, while only 24% of the country is minority. But diversity drops off in higher ranks; 71% of officers are white.

In addition to the Army’s overt efforts to combat racism, such as effectively banning Confederate flags, promotion boards no longer see photos of candidates to prevent implicit bias, he said.

The Air Force has also been discussing race and diversity this summer. And the branch released a list of resources July 17 to encourage senior airmen to discuss diversity and inclusion.

McConville encouraged restraint when thinking about using the Army in times of domestic unrest.

“The purpose of the United States Army is to protect the nation, not to police the nation,” he said. “We should leave policing the nation to law enforcement.

The chief of staff also said he wants to upend business as usual in the Army.

McConville emphasized changing how the Army views personnel to think about individual skills, experiences and preferences. He said the Army has an industrial mindset that sees each person as an interchangeable part of the Army machine and that must change so the Army can better compete for skilled recruits in the 21st century.

“[It’s] kind of blasphemous in the Army, the idea that we wanna know what people want to do and where they want to go,” he said.

The DoD renamed the U.S. Pacific Command to Indo-Pacific command in 2018 to better reflect the importance of the Indian Ocean. The command is America’s priority theater, and India is a crucial ally in the region, McConville said.

As tensions with China are on the rise for both the United States and India, McConville pushed for greater cooperation between the two democracies.

“There are seven [collective defense agreements] in the [U.S.] as a whole, and five of those are in the region,” he said. “Adding India, if they were willing and could make the agreement, would be very helpful for stability and security in the region.