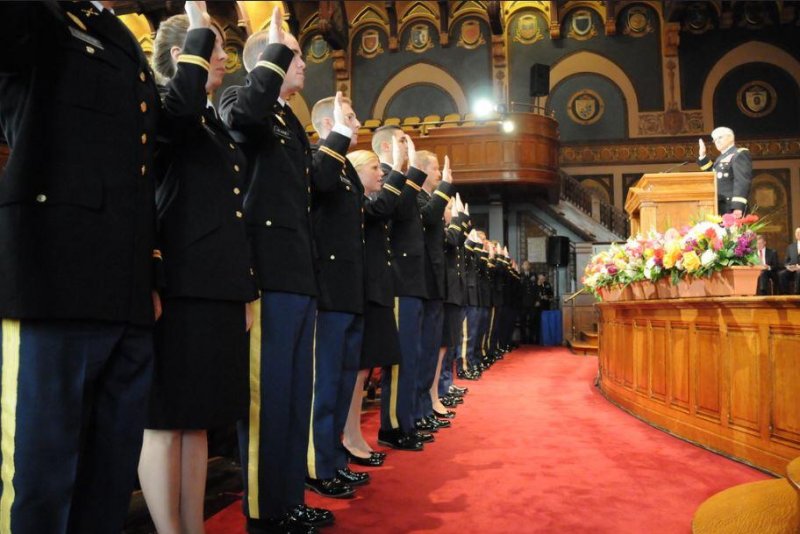 The office was elevated in prominence in 2019 after Army Chief of Staff Gen. James McConville called for making Army personnel a greater priority, with talent management a special interest.

Since Fiscal Year 2020 began in September 2019, the Army found preferred assignments for over 30,000 active-duty officers with the Army Talent Alignment Process, a system designed to match the needs of soldiers and incoming units, according to the Army.

“2020 has been a rough year for everyone, but when you look at the Talent Management Task Force you see how we’ve taken the chief’s No. 1priority and made it a reality,” Maj. Gen. J.P. McGee, ATAP director, said Tuesday in a press release.

“We’re able to show that the Army can run a system based on officers’ preferences [and] the needs of the Army. This has been an effective way to get officers where they want to be,” McGee said.

ATAP employs a computer process that allows officers to interact with Army units and express their interest in transfers. Use of the data from interested officers and the units better identify where skills are needed, and who is eager to fill the available positions.

A version of the system for enlisted personnel, the Sergeants Major Assessment Program, began in November at Fort Knox, Ky.

In October, the Army announced it reached its recruiting and retention goals for fiscal year 2020, citing the enlistment of 62,150 new soldiers in the year ending Sept. 30, and bringing its total enlistment, mandated by Congress, to its goal of 485,383.

On Tuesday, the U.S. Navy announced eligibility requirements for its Enlisted Early Transition Program, which will allow Navy personnel in certain overmanned ratings groups to depart the service before their contractual obligations.

The Navy seeks to offer releases to 714 sailors across 23 rating classifications.