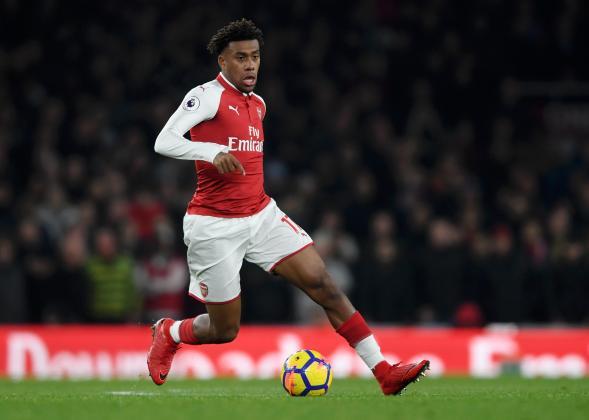 Alex Iwobi will be fined by Arsenal after partying until the early hours of Saturday morning ahead of Sunday’s FA Cup defeat at Nottingham Forest, boss Arsene Wenger has confirmed.

The 21-year-old forward was filmed dancing in central London at 2.37am on Saturday in a video uploaded to Snapchat, according to The Sun.

He then played 90 minutes at the City Ground as the holders crashed out, going down 4-2 to Championship side Forest.

Wenger said: “That is true. He will be fined. It is impossible to go out 48 hours before a game. It is unacceptable.”

Iwobi was reported to have attended a party that included people smoking cannabis and inhaling laughing gas.

But Wenger said his player was not involved in either taking drugs or drinking alcohol.

“First of all we have to be cautious with everything that is coming out,” Wenger said.

“When you read what is reported it is like he has taken drugs. He was not involved in that at all.

“He has been out at a birthday party and how long he has stayed? That is important. After, I will decide what happens.

“Did he do drugs or alcohol? Not at all. If your neighbour takes drugs, what can you do? You are responsible for your own behaviour, not the behaviour of your neighbour.”

Wenger admitted Iwobi’s performance against Forest may have been affected.

“Who knows that?” Wenger said. “You know that sometimes you want to prepare 100 per cent but it is not always a guarantee you will be at your best.

“But that is what is requested from a top-level professional.”