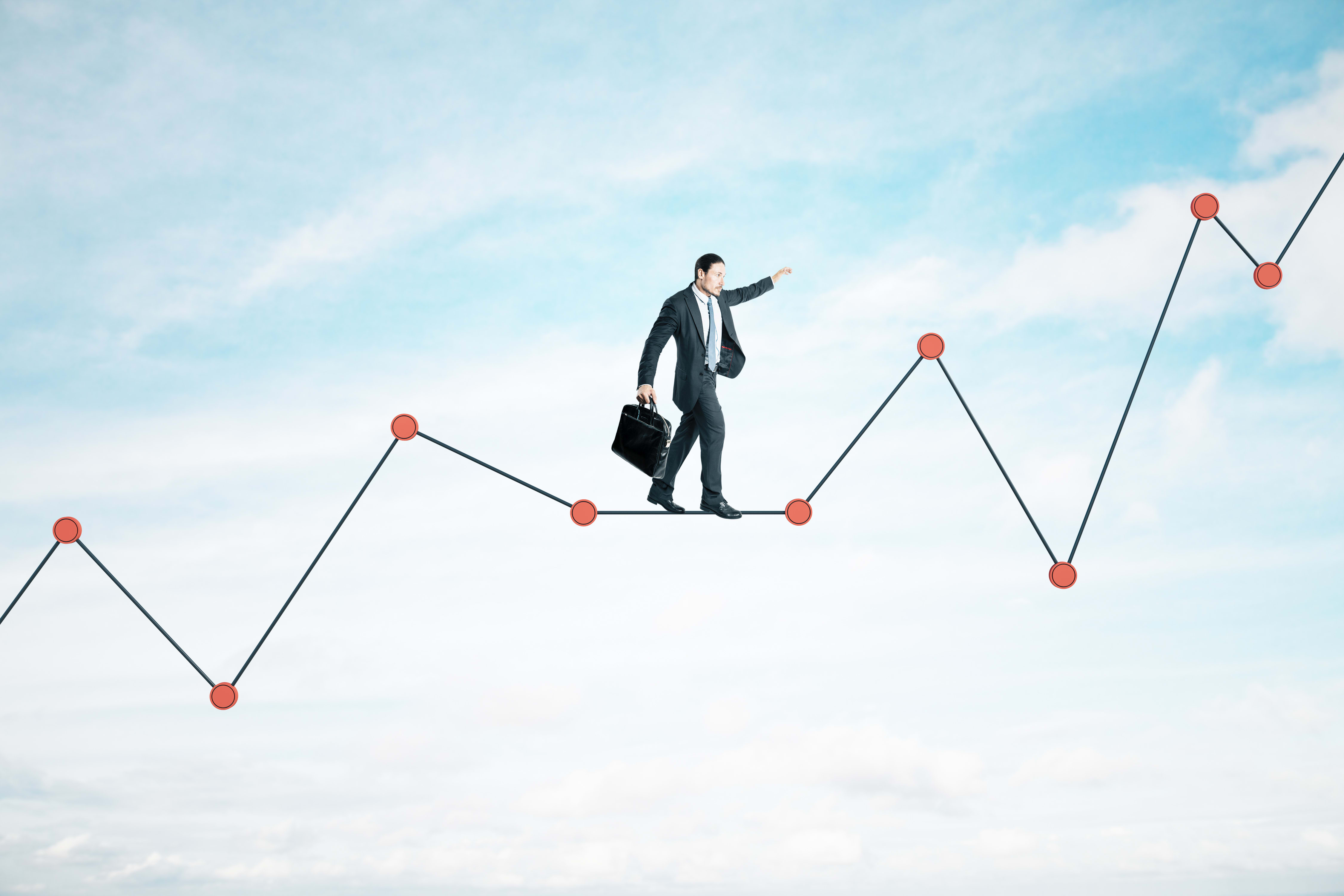 As with most platitudes, you’ve likely heard those lines so many times that by now they’ve lost their meaning.

Most of us understand that to amass enough savings to buy a first home, send a child to college or retire before 70, we have to surrender some of our money to the stock market. A harder thing to gauge, however, is how much pain and how much risk we must endure in the process.

Some recent market discomfort has been unavoidable.

Stocks suffered their worst week since 2008 last month, with most companies in the S&P 500 shedding 10% or more of their value, as the world grapples with the spread of coronavirus, which has sickened nearly 100,000 people since January and shows little sign of abating.

Still, if you’ve been logging into your brokerage account compulsively or imagining your sunny retirement plans disintegrating, it could be a sign that you’ve signed up for more suffering than you can (or should) tolerate. And maybe you’re just realizing it: Since 2010, and before the most recent drops, the S&P 500 was up by almost 200%.

“As investors, it’s all too easy — and human nature — to take on a little more risk than you may be able to handle or would be comfortable with while markets are going up, compared to when markets are going down,” said Rob Williams, the vice president of financial planning at Charles Schwab.

Indeed, many people fly close to the sun with their savings.

About 25% of 401(k) plan savers have more stocks than it’s recommended for their age, and roughly half of baby boomers have their plans invested in riskier allocations than is advised, according to recent research by Fidelity. Meanwhile, nearly a third of individual retirement accounts were more than 90%  invested in equities in 2015, the Employee Benefit Research Institute found.

As the market flashes red, you should reevaluate how your savings are allocated, experts say.

“Any significant market volatility presents a good opportunity for you to take an honest look at your reaction,” said Arielle O’Shea, investing and retirement specialist at personal finance website NerdWallet.com.

If you’re panicking, you might be one of those people taking too aggressive an approach. And doing so could prompt you to act rashly, selling your stocks at a discount and then risking missing out on the next market upswing.

“It’s far better to take less risk and stick to your plan than to take too much risk and sell when things get rocky,” O’Shea said.

Most people are likely to see a significant downturn in equity values at some point over their lives, and it might come at a very inconvenient time.

director of the Center for Retirement Research at Boston College

If you are approaching a goal like sending your child to college or looking to retire soon, then taking too much risk could foil those plans.

“If your child will be enrolling in college within the next two years, or is already in college, you should have no more than 20% invested in equity funds,” said Mark Kantrowitz, the publisher of SavingForCollege.com.

Say you’re about to retire with a $ 1 million nest egg, just when the market tanks 20%. If you were invested 100% in stocks, your savings would shrivel to $ 800,000. If you planned to follow the popular rule where you draw down 4% of your portfolio each year, that would mean in your first year of retirement you’d have an income of $ 32,000, according to an example provided to CNBC by Charles Schwab.

If you’d split your savings evenly between stocks and bonds, on the other hand, your nest egg would have shrunk to $ 925,000, leaving you with a first annual budget of $ 37,000.

Another thing to consider if you’re going to need to tap your investments soon: More conservative portfolios tend to recover faster from downturns than aggressive ones.

“It’s important to keep focused on your goals – and their time horizon,” Williams said.

If you’re saving for goals decades in the future, you can take more chances with your money. In fact, an overly conservative approach can make it hard for you to meet your objectives. Fidelity found recently that 40% of millennials are invested too safely for their time frame.

“Taking too little risk can have an impact on a number of things — such as, say, retirement preparedness,” said Melissa Ridolfi, vice president of retirement and college leadership at Fidelity.

That’s because it’s hard to beat stocks over the long-haul.

Between 1926 and 2018, a portfolio entirely invested in large-cap U.S. stocks had an average compounded annual return of 10%, according to calculations by Wade Pfau, professor of retirement income at the American College for Financial Services.

When that portfolio is balanced out with 30% intermediate term U.S. government bonds, for example, the return is lower – but maybe not as much lower as you’d imagine: 9%. If the savings was split between stocks and bonds, the annual return drops to 8%

You have to ask yourself if those additional returns are worth less sound sleep and the risk of a big market drop just when you need your money. Fidelity found that between 1926 and 2018, the worst annual loss for a conservative portfolio was around 18%, compared to more than 60% for an aggressive one.

“Most people are likely to see a significant downturn in equity values at some point over their lives, and it might come at a very inconvenient time,” said Alicia Munnell, the director of the Center for Retirement Research at Boston College.

What’s more, risk and reward, and pain and gain, might not always be as inextricable as some pundits and those in the financial services industry insist.

From 2000 to 2019, an all-stock portfolio, split between the Vanguard Total Stock Market Index Fund and the Vanguard Total International Stock Index Fund, produced an annual return of 5.08%, according to calculations by Allan Roth, the founder of financial advisory firm Wealth Logic.

Over the same time period, a portfolio with 60% stocks, cut between the same two stock funds, and 40% bonds, in the Vanguard Total Bond Market Index Fund, generated an annual return of 5.37%. (Both portfolios were re-balanced semi-annually.)

Not only would an investor in the second allocation end up with more money, they would also be better protected in downturns, experts point out.