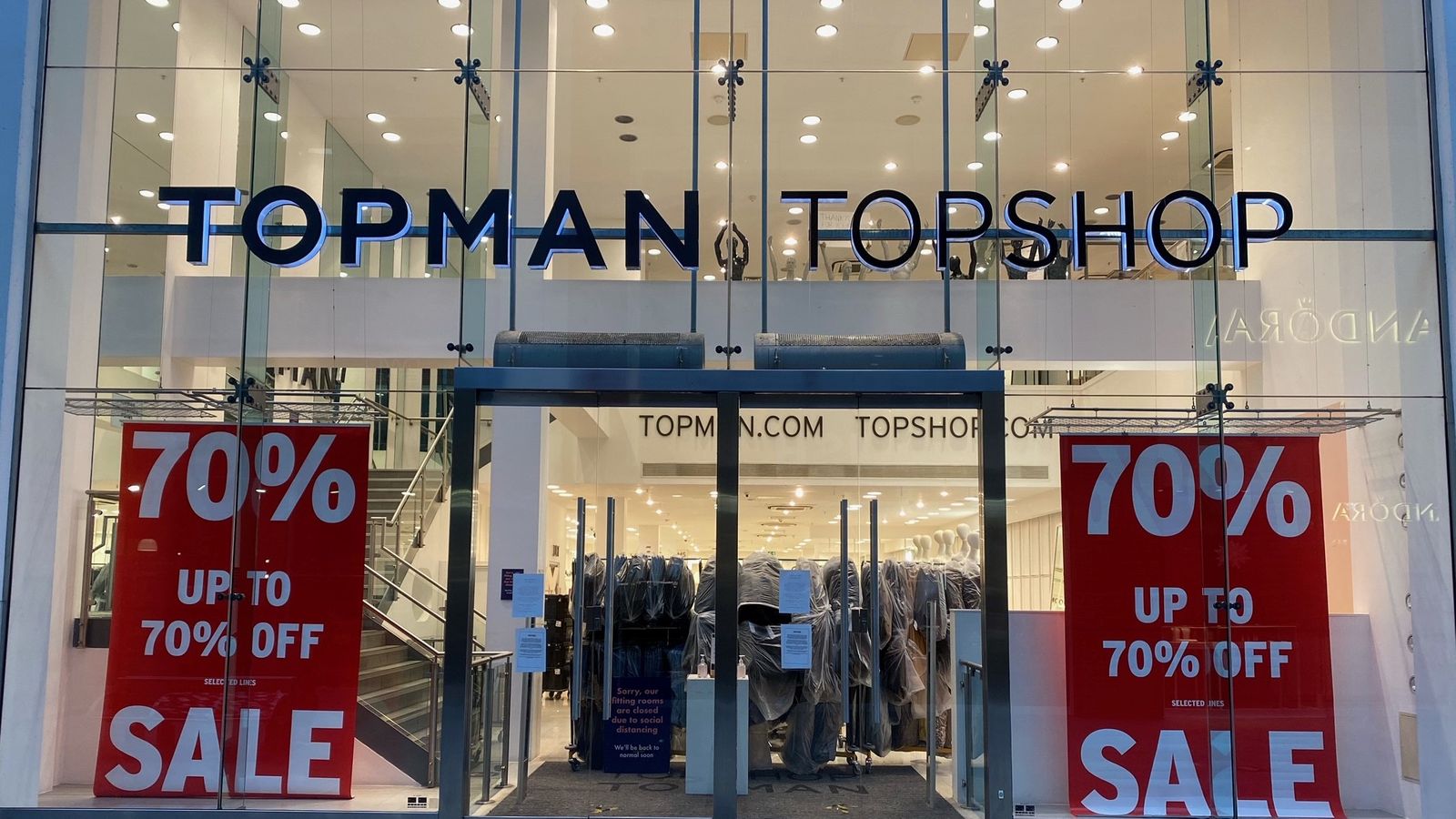 ASOS is this weekend on the brink of capping one of the most tumultuous months in the history of the British high street by sealing a deal worth nearly £300m to buy TopShop and Miss Selfridge.

Sky News understands that the online fashion retailer hopes to sign an agreement with Arcadia Group’s administrators ahead of a stock exchange announcement that could come as soon as Monday morning.

Sources said on Saturday that the takeover of TopShop would cost ASOS approximately £250m, with the cost of stock adding roughly £40m to the purchase price.

ASOS confirmed a Sky News report this week that it had become the frontrunner to buy the crown jewels in Sir Philip Green’s former empire, which crashed into administration in November.

By taking over TopShop, ASOS – which was founded under the name As Seen On Screen in 2000 – will secure one of the most symbolically potent transactions in corporate Britain for decades.

The dovetailing of its talks with Boohoo Group’s deal to buy Debenhams’ brand and website – but not its 118 stores – has added to the sense of a permanent structural shift in the retail sector that has been accelerated by the COVID-19 pandemic.

On Friday, Boohoo also confirmed Sky News’ revelation that it was in exclusive talks to buy the Burton, Dorothy Perkins and Wallis brands from Arcadia’s administrator, Deloitte, for just over £25m.

The flurry of takeovers of famous high street names by pure-play digital retailers will herald a further jobs bloodbath in a sector already suffering because of the coronavirus crisis.

The demise of Sir Philip’s empire and Debenhams as high street anchor tenants across Britain follows the failure of retailers such as Cath Kidston, Oasis and Warehouse during the past year.

In 2012, he sold a 25% stake in TopShop’s immediate holding company to Leonard Green & Partners, a private equity firm, valuing the fashion chain at £2bn.

Sir Philip was later to buy it back for just $ 1.

The deals to sell Arcadia’s portfolio of brands will yield aggregate proceeds of about £340m for creditors, with property assets including a distribution centre in Daventry also on the block.