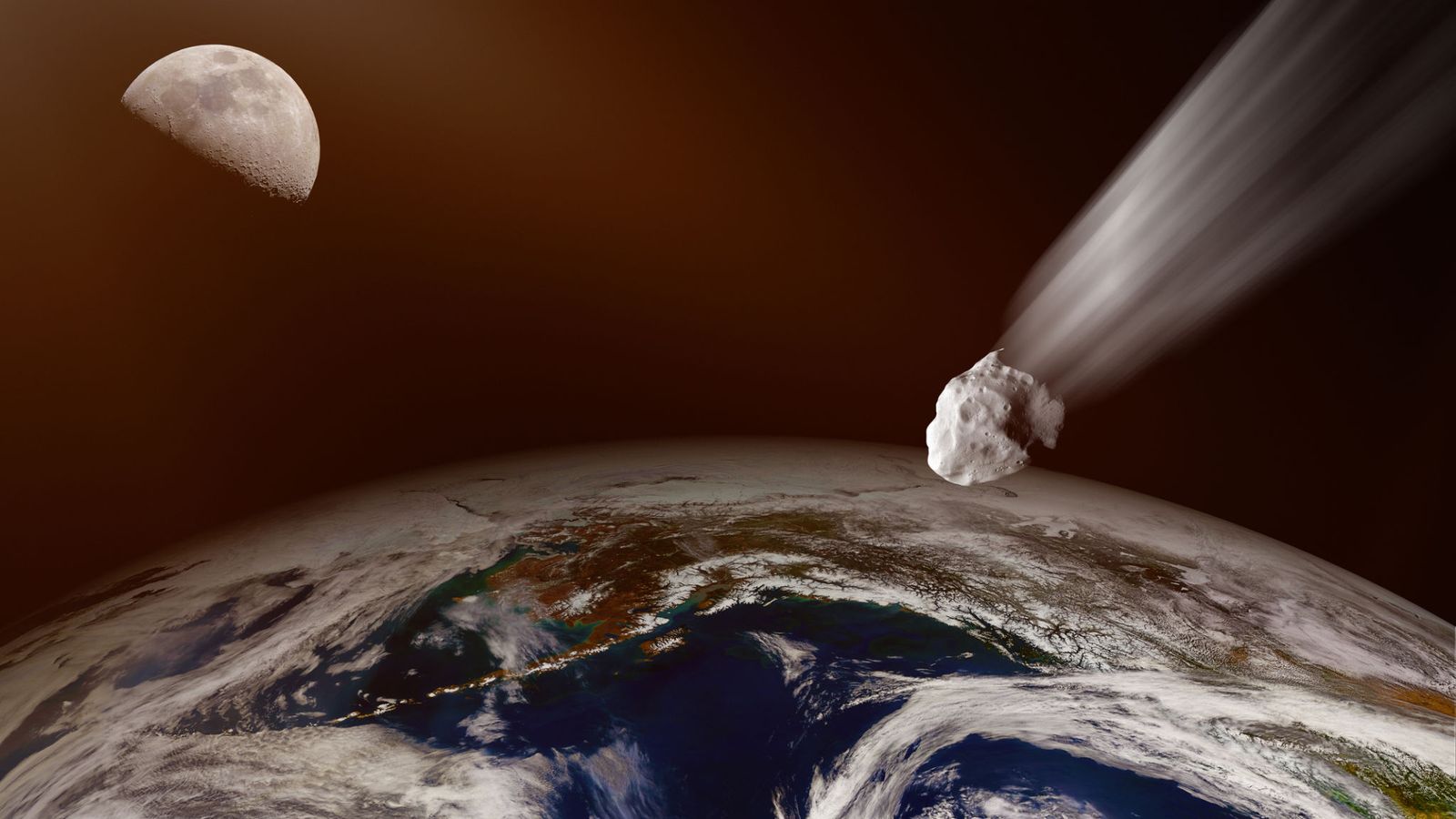 An asteroid double the size of the Shard will pass by Earth on Saturday night, NASA scientists have said.

The space rock, known as Asteroid 2000 QW7, is set to fly by around three million miles from Earth at 14,361mph, according to the US space agency’s jet propulsion laboratory.

The asteroid is approximately between 300 and 600 metres wide, according to NASA data, but it poses no danger.

In comparison, the Shard, the tallest building in the UK, stands at 309.7 metres high.

The 2000 QW7 will be the second of two relatively medium-sized asteroids to pass Earth in a day.

The other asteroid, 2010 CO1, is somewhat smaller, being between 120 and 260 metres, and was due to pass Earth early Saturday morning.

“These asteroids have been well observed – one since 2000 and the other since 2010 – and their orbits are very well known,” said Lindley Johnson, planetary defence officer at NASA.

“Both of these asteroids are passing at about 14 lunar distances from the Earth, or about 3.5 million miles away, but small asteroids pass by Earth this close all the time.”

The asteroids are being carefully tracked by space experts, with the bigger one expected to pass Earth at around 12.54am on Sunday morning.

NASA has been aware of the asteroid since 2000 and is confident that it is not a threat.

The asteroid will continue to orbit the sun and is next expected to pass Earth in October 2038.