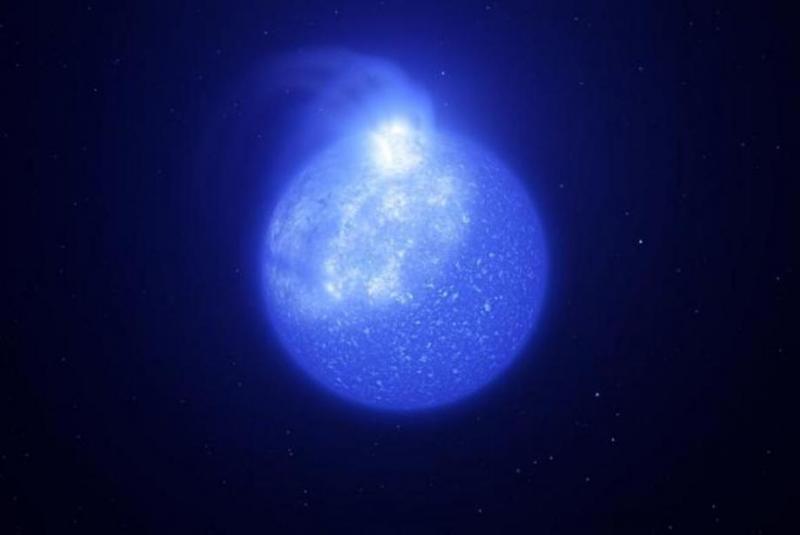 June 1 (UPI) — Astronomers have discovered giant magnetic spots on the surfaces of hot stars hidden away in stellar clusters. Scientists also found evidence of superflare events, eruptions featuring several times more energy than those observed on the surface of the sun.

The new survey of extreme horizontal branch stars, published Monday in the journal Nature Astronomy, could help scientists unravel some of the mysterious of these unusual stellar objects.

“These hot and small stars are special because we know they will bypass one of the final phases in the life of a typical star and will die prematurely,” lead researcher Yazan Momany, scientist at the INAF Astronomical Observatory of Padua in Italy, said in a news release. “In our galaxy, these peculiar hot objects are generally associated with the presence of a close companion star.”

Momany and his colleagues were surprised to find that most of the extreme horizontal branch stars they found inside the dense structures known as stellar clusters are without companions.

“After eliminating all other scenarios, there was only one remaining possibility to explain their observed brightness variations,” said study co-author Simone Zaggia, researcher at the INAF Astronomical Observatory. “These stars must be plagued by spots!”

On the sun, spots appear dark because they’re cooler than the surrounding plasma. On the extremely hot stars described in the latest paper, the spots are hotter — and brighter — than their surroundings.

Though both sunspots found on our sun and the giant spots found on extreme horizontal branch stars are quite different, they’re both fueled by magnetic fields.

While observing the massive spots, scientists also witnessed a couple of superflare events.

“They are similar to the flares we see on our own Sun, but ten million times more energetic,” said study co-author Henri Boffin, an astronomer at ESO’s headquarters in Germany. “Such behavior was certainly not expected and highlights the importance of magnetic fields in explaining the properties of these stars.”

Astronomers have spent more than half a century studying the behavior of extreme horizontal branch stars. In addition to helping astronomers understand these peculiar stars, the latest findings could also help scientists unravel the complexities of magnetic phenomena on other types of stars, including the sun.

“The bigger picture though is that changes in brightness of all hot stars — from young sun-like stars to old extreme horizontal branch stars and long-dead white dwarfs — could all be connected,” said researcher David Jones, scientist with Spain’s Canary Islands Institute of Astrophysics. “These objects can thus be understood as collectively suffering from magnetic spots on their surfaces.”