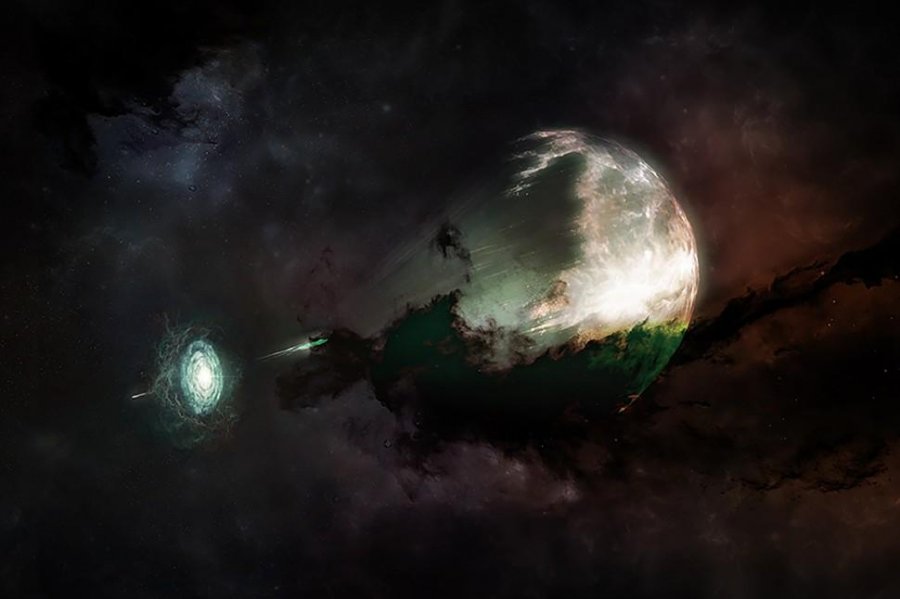 Aug. 5 (UPI) — The collision of two distant neutron stars released one of the most powerful short gamma-ray bursts ever recorded, scientists say.

The collision marked the first time scientists have recorded millimeter-wavelength light from a fiery explosion to be caused by the merger of a neutron star with another star. It was observed on Nov. 6, 2021.

The observation was made with the Atacama Large Millimeter/submillimeter Array, or ALMA, in Chile. ALMA is an international observatory operated by the National Science Foundation’s National Radio Astronomy Observatory.

“Afterglows for short bursts are very difficult to come by, so it was spectacular to catch this event shining so brightly,” ALMA principal investigator Wen-fai Fong said in a statement.

“After many years observing these bursts, this surprising discovery opens up a new area of study, as it motivates us to observe many more of these with ALMA and other telescope arrays in the future.”

Research into the collision will be published in an upcoming issue of the Astrophysical Journal Letters.

A short-duration gamma-ray burst usually lasts only a few tenths of a second and researchers look for an afterglow when it fades. Only a half dozen short-duration bursts have been detected at radio wavelengths and only in millimeters.

Gramma-ray bursts, though, are incredibly powerful. They are capable of emitting more energy in a matter of seconds than the sun will emit during its entire lifetime. There are three types — short, long and ultra-long.

Gamma-ray bursts, in fact, are considered to be one of the most catastrophic space threats to the Earth, although scientists agree that the likelihood of the Earth being affected by a gamma-ray burst is extremely low. The destructive energy from gamma-ray bursts can travel for thousands of light years.

“Because emission at millimeter wavelengths can be detected for a longer time than in X-rays, the millimeter emission also can be used to determine the width of the GRB jet.”