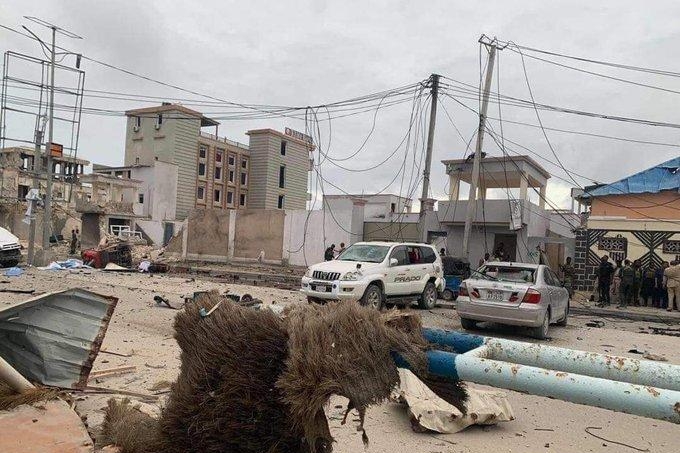 Aug. 16 (UPI) — At least 16 people were killed in an attack on a popular hotel in Somalia’s capital city on Sunday, a government official said.

Ismael Mukhtaar Omar, a spokesman for Somalia’s Ministry of Information, said the “deadly siege” at the Elite Hotel in Mogadishu lasted 4 hours before all five of the assailants were killed by special forces.

The 16 killed included the five attackers, a top officer of the Ministry of Information and a police officer, Omar said.

A car bomb exploded at the gate of the hotel and gunfire was later heard inside.

The Ministry of Information confirmed that ministry official Abdirisak Abdi was among the dead.

“FGS condemns the cowardly, barbaric and senseless attack against innocent civilians around Liido beach,” the Ministry of Information wrote on Twitter. “Targeting peaceful, harmless and innocent families, youth and children at a public place is intolerable to humanity. It has no justification whatsoever.”

Omar said that Al Qaeda affiliate Al-Shabaab launched the attack on the beachside hotel that is frequented by both locals and foreigners.