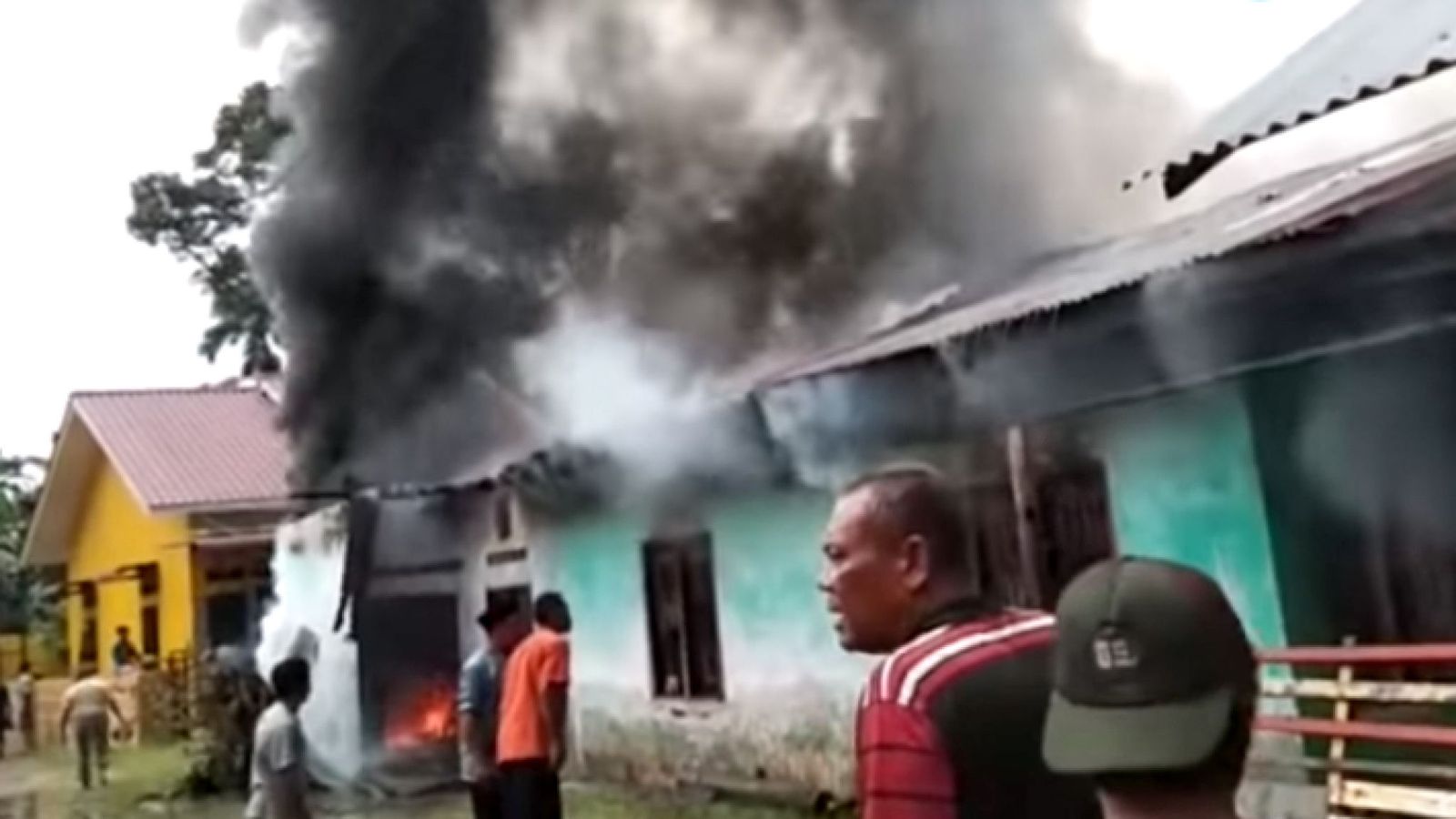 At least 30 people have been killed – including three children – in a fire at a house which was used as a matchstick factory in Indonesia’s North Sumatra province.

Irwan Syahri, from the local disaster mitigation agency in Langkap district, said many of the victims were burned beyond recognition.

North Sumatra police spokesman MP Nainggolan said the cause of the fire, which broke out at around midday local time, was being investigated and remains unclear.

TV footage showed the burned-out property, situated in a residential area, its floor covered with twisted metal and its corrugated iron roof blackened with soot.

One man could be seen desperately trying to help put the fire out by scooping water up from a muddy puddle with a large tub.

Faisal Riza, whose wife Marlina died in the fire, said workers at the business were all women, some of whom brought their children with them.

“I was walking to a mosque for prayers when I heard the factory in an alley just about 200 metres from my house was on fire,” he said.

“I ran to save her, but it was too late. When I got there, the factory was burned down.”

He said the building’s front door was usually locked, and the fire had started at the back of the property.

Bodies were piled up near the front door, he added.

The owner of the property, an elderly woman identified only as Ros, told Metro TV that she had rented the property to a businessman from the provincial capital Medan for the past four years.

In 2017, a series of explosions and a fire killed 47 workers and injured dozens at a fireworks factory on the outskirts of Jakarta.