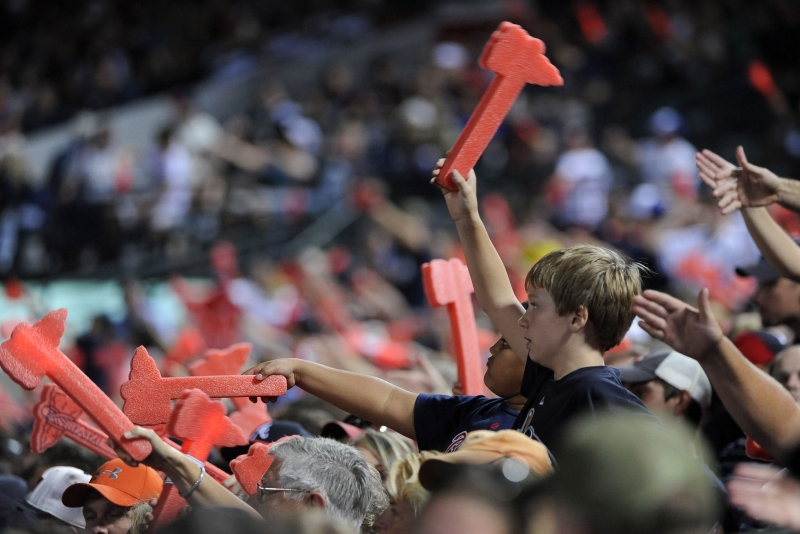 In an email to season-ticket holders Sunday, the Braves said the organization “respects the Native American community” and “will always be the Atlanta Braves.”

“Last fall, we furthered this relationship and pledged to meet and listen to Native American and tribal leaders from many areas, including the Eastern Band of the Cherokees [EBCI] in North Carolina. As a result, we formed a cultural working relationship with the EBCI and have also formed a Native American Working Group with a diverse collection of other tribal leaders to collaborate on matters related to culture, education, outreach, and recognition on an on-going basis.

“Through our conversations, changing the name of the Braves is not under consideration or deemed necessary. We have great respect and reverence for our name and the Native American communities that have held meaningful relationships with us do as well. We will always be the Atlanta Braves.

“As it relates to the fan experience, including the chop, it is one of the many issues that we are working through with the advisory group. The chop was popularized by our fans when Deion Sanders joined our team and it continues to inspire our players on the field.

“With that in mind, we are continuing to listen to the Native American community, as well as our fans, players, and alumni to ensure we are making an informed decision on this part of our fan experience.”

The Braves’ “Tomahawk Chop” celebration started in the early 90s, when NFL and MLB star Deion Sanders joined the team.

The NFL’s Washington Redskins and MLB’s Cleveland Indians are among the highest-profile teams considering a name change amid increased scrutiny over the use of racially insensitive imagery and symbols.

The Redskins appear likely to change their nickname after pressure from sponsors, including Amazon, Nike, FedEx and PepsiCo.

The Indians said in a statement last week the organization is “committed to engaging our community and appropriate stakeholders to determine the best path forward with regard to our team name.”