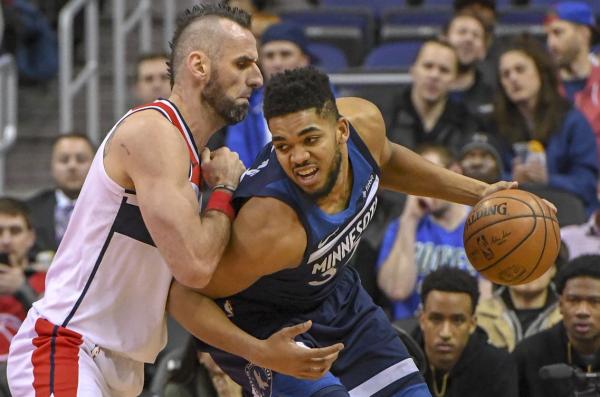 The Timberwolves are facing the Denver Nuggets on Wednesday at the Target Center in Minneapolis. The winner of that game goes to the playoffs. Atlanta owns both the Houston Rockets‘ and the Timberwolves’ first round picks. Since the Minnesota pick is protected for picks No. 1 through 14, the Timberwolves must make the playoffs for the pick to translate.

If the Timberwolves win, the Hawks would have three picks in the first round of the 2018 NBA Draft.

The Hawks have a 12.1 percent chance of getting the No. 1 overall pick.

Atlanta began the Wednesday night’s tweeting spree by post a photo of the Hawks logo wearing a Timberwolves hat and holding up a foam finger, reading “Wolves #1.”

The Hawks also posted a GIF of Timberwolves guard Jimmy Butler smiling, with the caption “mood.”

Minnesota led Denver 62-54 at half time.

Atlanta finished the regular season with a 24-58 record and were in last place in the Eastern Conference entering Wednesday’s slate of games.