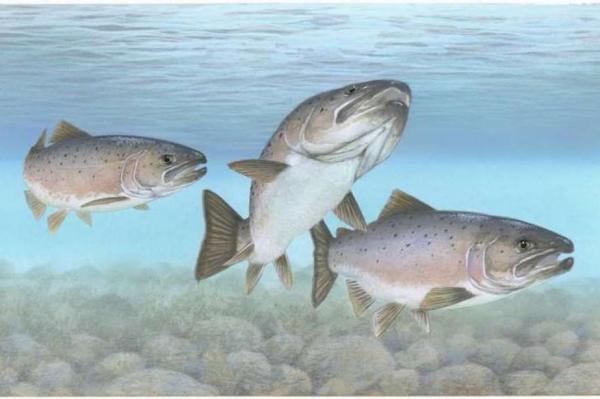 Oct. 8 (UPI) — Even when landlocked for several generations, Atlantic salmon can sense magnetic fields and use them to navigate, according to new research.

Scientists observed the behavior of 1,150 juvenile Atlantic salmon inside the pins.

“We wanted to see how Atlantic salmon would respond if we put them into different magnetic fields at the boundaries of Pacific salmon oceanic range,” Michelle Scanlan, research scientist at Oregon State University, said in a news release. “If we put them into an extreme northern field, would they ‘course-correct’ and align themselves in a southerly direction, and vice-versa? And the answer was yes. They clearly aligned themselves in the tank to adjust to an appropriate magnetic field signal.”

Atlantic salmon are routinely bred on fish farms. Study authors surmise farmed fish could use their navigational abilities to explore and invade new territories if they were to escape their confines.

Last year, nearly 300,000 Atlantic salmon escaped an aquaculture pin in the Puget Sound. This year, one of the fish was found 40 miles up the Skagit River, which flows into the Puget Sound.

“Why didn’t the Hosmer Lake fish lose their ability to navigate?” Putman said. “It apparently isn’t a ‘use it or lose it’ skill. It may be possible that they have some finer-scale navigation tools at their disposal to use in a lake. Even at small-scales, fish are confronted by a variety of spatial tasks that might benefit from use of magnetic cues — from traveling in a straight line to maneuvering through the water column. More research is needed to answer those questions.”