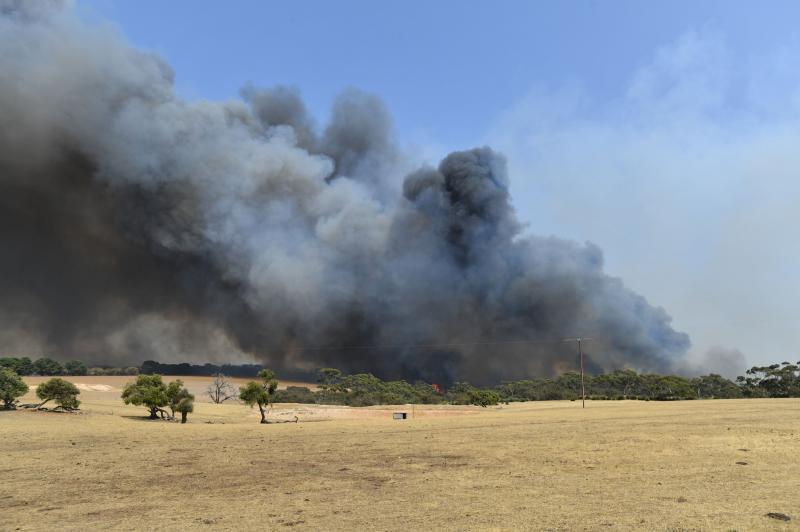 “We don’t lightly extend the state of disaster. We’ve done it because we believe that it will save lives and that, after all, is the most important thing,” Andrews said during a press conference.

At least 25 people have died, thousands of homes have been destroyed and some 10 million hectares of land have been scorched this fire season throughout southeastern Australia, and officials in three states on Thursday are bracing for increasing temperatures and strong winds that will continue into the weekend after a short respite of milder weather.

“While there’s been a few days of much-needed relief from the heat and dangerous fire weather, communities in the south and east of the country should once again be preparing for some challenging fire weather conditions,” said Meteorologist Andrea Peace of Australia’s Bureau of Meteorology.

Daniels extended the state of disaster, which was declared last Thursday and was set to expire, to give state officials additional emergency powers to combat the “very significant fire activity” expected in the coming days, he said.

“We’ve every reason to believe there will be significant fire activity over the next 48 hours and that means it is appropriate that we continue the state of disaster,” he said.

Authorities said they will be messaging those in the so-called fire zone throughout the day informing them that if they’re able to leave, they should evacuate.

“We will not be able to guarantee their safety,” he said.

Text alerts have been received in the Kangaroo Island township of South Australia where some residents were being evacuated Thursday as the Australian Defence Force arrives to assist with the fire effort.

The Country Fire Service is advising island residents to “act now” as a fire is heading toward the town of Parndana.

“The CFS urges people not to wait for an Emergency Warning to be issued as it will be too late to leave,” Incident Controller Ian Tanner said in a statement.

In New South Wales on Thursday, more than 2,500 firefighters were battling 122 bush and grass blazes throughout the state that has seen at least 20 deaths, 1,870 homes destroyed and some 5 hectares of land burned.

NSW Premier Gladys Berejiklian announced Thursday that her government will spend $ 687.44 million over the next two years to jump-start the recovery process from the devastating fires.

“This money will provide an immediate source of funding to ensure key infrastructure is restored so that communities can get back on their feet as soon as possible,” she said. “The bushfire season is far from over but we know how important it is for communities to start the recovery process where possible.”

The funding will come in addition to the $ 1.4 million Australian Prime Minister Scott Morrison announced Monday, she said.

“This [$ 687.44 million] investment today will help repair, restore and rebuild communities that have been affected by these fires,” he said. “We don’t want simply to rebuilt these communities, we want them to thrive.”

Meanwhile, ambulances have been dispatched to assist the pilot of a waterbombing helicopter that crashed into a dam at Ben Boyd National Park at around 4 p.m., the service said in a media release.

The aircraft, working with NSW RFS, was transitioning from fighting fires at Clyde Mountain to the east coast town on Eden located near the state border with Victoria when it ditched into the Bey Boyd Reservoir.

“The aircraft remains submerged however the pilot was able to free himself from the aircraft and is safely onshore,” said NSW RFS.