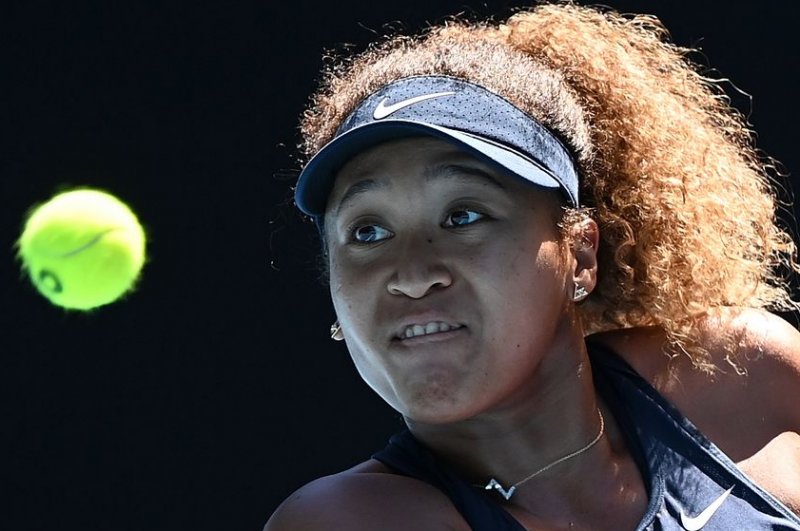 The matches wrap up the annual Grand Slam in Melbourne, which was delayed by three weeks and started with a two-week quarantine for its players as a safety measure for COVID-19.

Brady — the lone American in the finals — takes on Osaka at 7:30 p.m. (local time) Saturday night in Melbourne. The match airs at 3:30 a.m. EST Saturday on ESPN due to a 16-hour time difference.

Osaka is a heavy favorite to win her fourth career Grand Slam. The No. 3 player in the WTA rankings has never lost a final, semifinal or quarterfinal match at a Grand Slam. Brady has never won a Grand Slam.

“I don’t know how I’m going to feel,” Brady told reporters Thursday. “There will be moments where I’m going to be thinking ‘this could be my first Grand Slam title,’ but it’s about trying to control the emotions.”

Djokovic already has a record eight Australian Open titles and also is a heavy favorite to beat his Russian counterpart. The No. 1 player in the ATP rankings will attempt to win his third-consecutive title in Melbourne. Djokovic battles Medvedev in the men’s singles final at 3:30 a.m. EST Sunday on ESPN.

Tournament officials had allowed up to 30,000 fans to attend earlier matchers, but fans were barred from Melbourne Park for five days last week because of a COVID-19 lockdown in Victoria. Reduced crowds returned for semifinal matches this week and also will be allowed to attend the finals at Rod Laver Arena.

A maximum of 7,477 fans are allowed to attend the finals.

How they got there

Osaka has dropped just one set through her six matches at this year’s Australian Open.

She started the tournament with wins over Anastasia Pavlyuchenkova and Caroline Garcia. She then beat Ons Jabeur in another straight-sets triumph. Osaka needed three sets to beat Garbine Muguruza in the fourth round. She then knocked off Su-wei Hsieh in the quarterfinals.

Osaka advanced to the final with a straight-sets win over Serena Williams on Thursday. She ousted the 23-time Grand Slam champion in 75 minutes.

Brady won her first four matches of the tournament in straight sets. She then beat fellow American Jessica Pegula in the quarterfinals to advance to a semifinal match against Karolina Muchova. Brady beat Muchova 6-4, 3-6, 6-4 to advance to the final.

“For me, it’s not really surprising to see Brady in a final,” Osaka told reporters on Thursday. “It’s definitely going to be really tough. She’s super athletic and it’s really hard to get the ball [past] her.”

Djokovic has been tested several times this year in Melbourne. The Serbian had a straight-sets win over Jeremy Chardy in his first match.

He played another three-and-a-half hour match against Alexander Zverev in the quarterfinals. Djokovic then beat Aslan Karatsev in straight sets to advance to the final.

Medvedev has lost just one set so far. His longest match was a three-hour, six-minute victory over Filip Krajinovic in the third round. He then beat American Mackenzie McDonald, Andrey Rublev and Stefanos Tsitsipas to advance to the final.

Djokovic owns a 4-3 career record in matches against Medvedev, but Medvedev has won three of their last four matchups. Djokovic won in their lone Grand Slam meeting at the 2019 Australian Open.

“I’m ready for a battle in the toughest match of the tournament,” Djokovic told reporters on Thursday. “Medvedev is playing with an extremely high quality. He is on a 20-match winning streak. He is just the man to beat.”

Djokovic is known for his strong returns on serves. He also uses his long frame and range to get to balls that many other players are not capable of reaching. His backhand and forehand shots also are among the best on the ATP Tour.

“Playing the final against him is superb,” Medvedev told reporters Friday. “I’m really happy about it. Let’s see what happens on Sunday.”

Medvedev also is known for his return, strong backhand and ability to adjust the speed of his play during a match. He also is four inches taller than Djokovic and has similar range.

“He is the player to beat,” Djokovic said. “He has improved a lot. He has a big serve for a tall guy. He moves extremely well. Forehand was maybe his weaker shot, but he has improved that. He is not afraid to attack and get to the net.”

Osaka is playing better than any player on the WTA Tour. She showed off her precise ball placement in her dominant win over Williams. She also showed an improved ability to remain composed in that match when Williams briefly snatched momentum.

She has one of the best serves on the WTA Tour. She said she also has worked to improve her return. That balance likely will make her a tough opponent for Brady.

Brady said she has improved her ability to focus. She said a key for her match Saturday will be to control the tempo against Osaka, who will attempt to force her to run around the court.

Brady is known for her strong serve, which often leads to aces. She also prioritizes minimizing errors and often uses her forehand as a weapon on returns.

Osaka has a 2-1 record in matches against Brady. Osaka beat Brady in three sets in the semifinals of the 2020 U.S. Open.