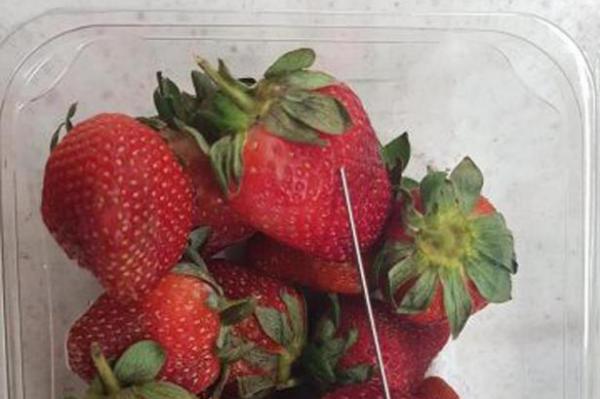 Sept. 19 (UPI) — Police in New South Wales, Australia, arrested a young boy who confessed to putting needles inside strawberries, something authorities described as a copycat of other incidents across the country.

“Obviously in the last few days we found a young person has admitted to a prank, including putting needles in strawberries, and he’ll be dealt with under the youth cautioning system,” he said.

Police do not believe the boy, whose name and age were not reported, is the only one responsible for putting sewing needles inside pieces of fruit. The incidents have mostly involved strawberries, but there also were reports of tampering in apples and bananas.

In one case, a man was hospitalized.

“What we’ve seen in this state we believe is the work of copycats and pranksters,” Smith said.

The Canberra government ordered an investigation this week into the strawberry cases. Needles have so far been found in strawberries in six of Australia’s nine states and territories.

Strawberries have a complicated supply chain and so far, Queensland police say the investigation has been slow. It’s unknown if the strawberry sabotage, which affected multiple brands, is a coordinated effort or the work of copycats. Two states have offered rewards of up to $ 72,000 for information.

Western Australian Premier Mark McGowan said the people behind the attacks are “evil” and urged Australians to cut the fruit before eating.

Nicholas Sakelaris contributed to this report.