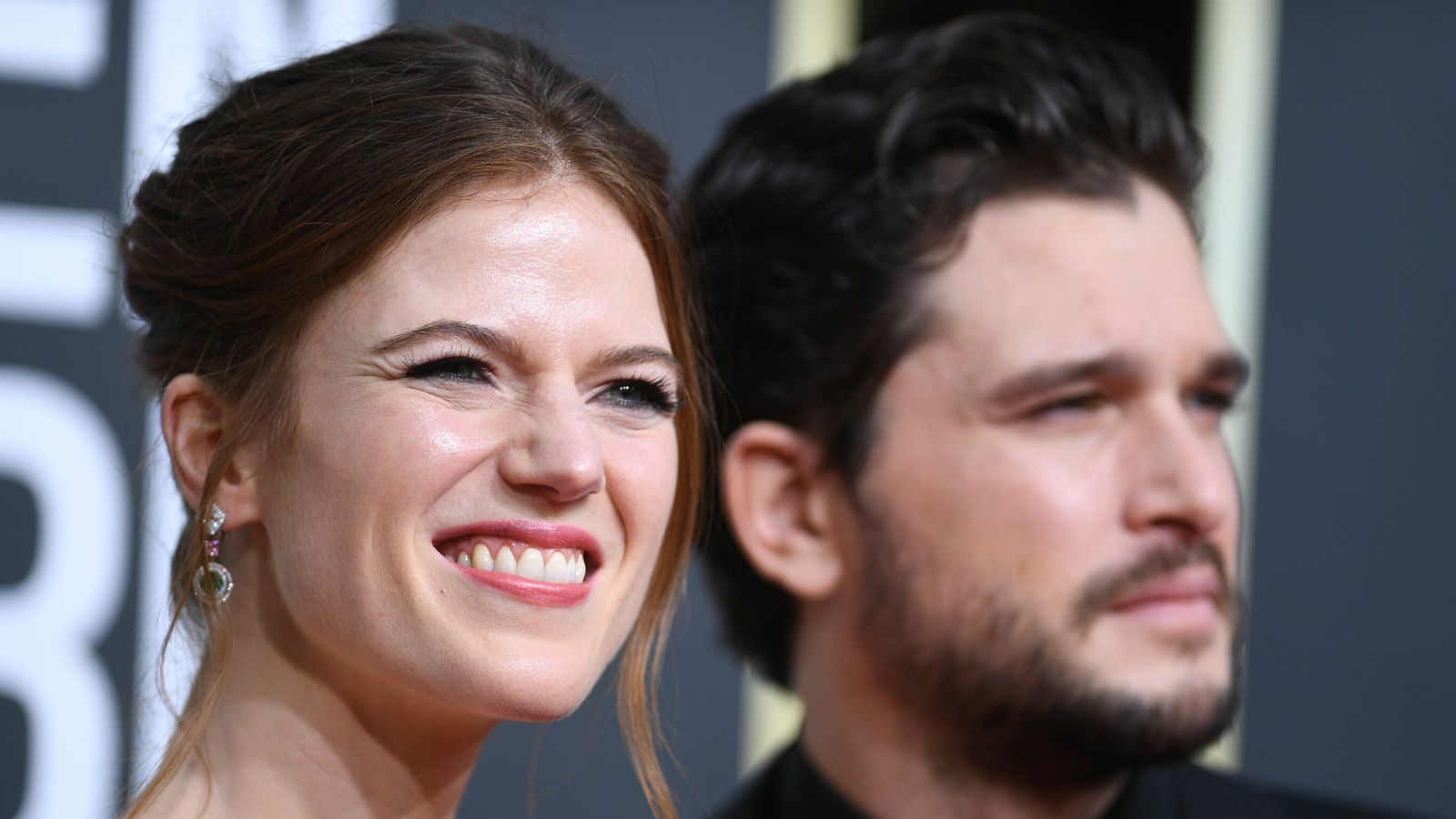 Leslie’s pregnancy was revealed in a photo taken for a magazine interview and uploaded to Instagram.

“A very special all woman team photographic shoot capturing Rose at this wonderful time as she prepares for motherhood for the first time!,” she said.

The couple played Ygritte and Jon Snow in HBO series Game of Thrones, in which they had an on-screen relationship.

In the show, 33-year-old Leslie’s character became known for the phrase: “You know nothing, Jon Snow.”

Discussing the show for the magazine shoot, she said: “It was an incredible experience, and for me – as an actor – it definitely opened a lot of doors with casting directors and producers.”

More from Game Of Thrones

She has gone on to appear in TV series The Good Fight and will feature in the forthcoming movie Death on the Nile.

Harington, 33, starred in 2018 film The Death & Life of John F Donovan and also has a role in Eternals, a movie scheduled to be released in 2021.

The pair were married in a church service in Scotland in June 2018.