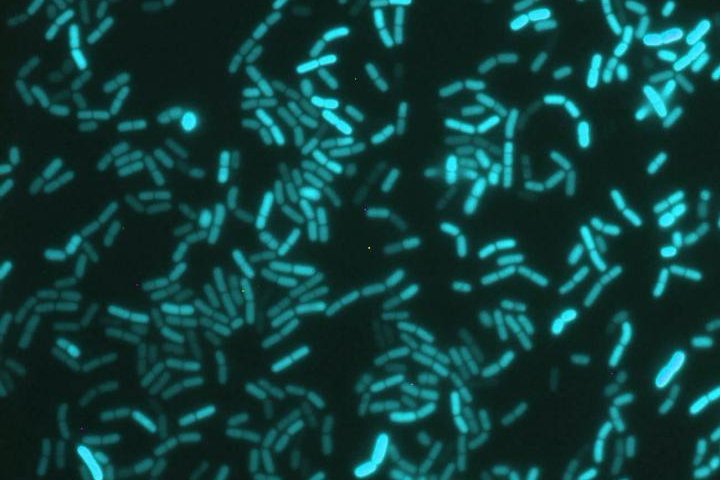 In humans and other animals, the biological clocks ticking inside cells help govern sleep cycles and dictate a variety of cognitive functions. In plants, circadian rhythms control water retention and photosynthesis.

Scientists targeted two genes — the ytvA gene, which encodes a blue light photoreceptor in the bacterium, and KinC, a gene that aids the production of biofilms and spores.

Next, researchers observed and contrasted the activity of the two genes under total darkness and under 12-hour light-dark cycles.

The bacterium’s ytvA levels increased during the half-day of light and diminished during the 12 hours of darkness. It took a few days for the cycle to become recognizable, and persisted even after the bacteria cells were return to total darkness.

Researchers also exposed bacterium to different temperature change cycles, strengthening and lengthening periods of warmer and cooler temps. The genes responded by syncing their activity with the cycles.

Instead of turning on and off in response to temperature thresholds, the genes adjusted their activity gradually to match the shifting temperature cycles.

In followup studies, scientists said they plan to investigate the mechanical origins of circadian clocks inside bacteria cells.

There are also practical implications to be considered. Bacillus subtilis is used in a variety of everyday materials and technologies, from laundry detergent production to probiotics.

“In addition to medical and ecological questions we wish to use bacteria as a model system to understand circadian clock mechanisms,” study co-author Martha Merrow said in a press release.

“The lab tools for this bacterium are outstanding and should allow us to make rapid progress,” said Merrow, a professor at Ludwig Maximilians University in Germany.