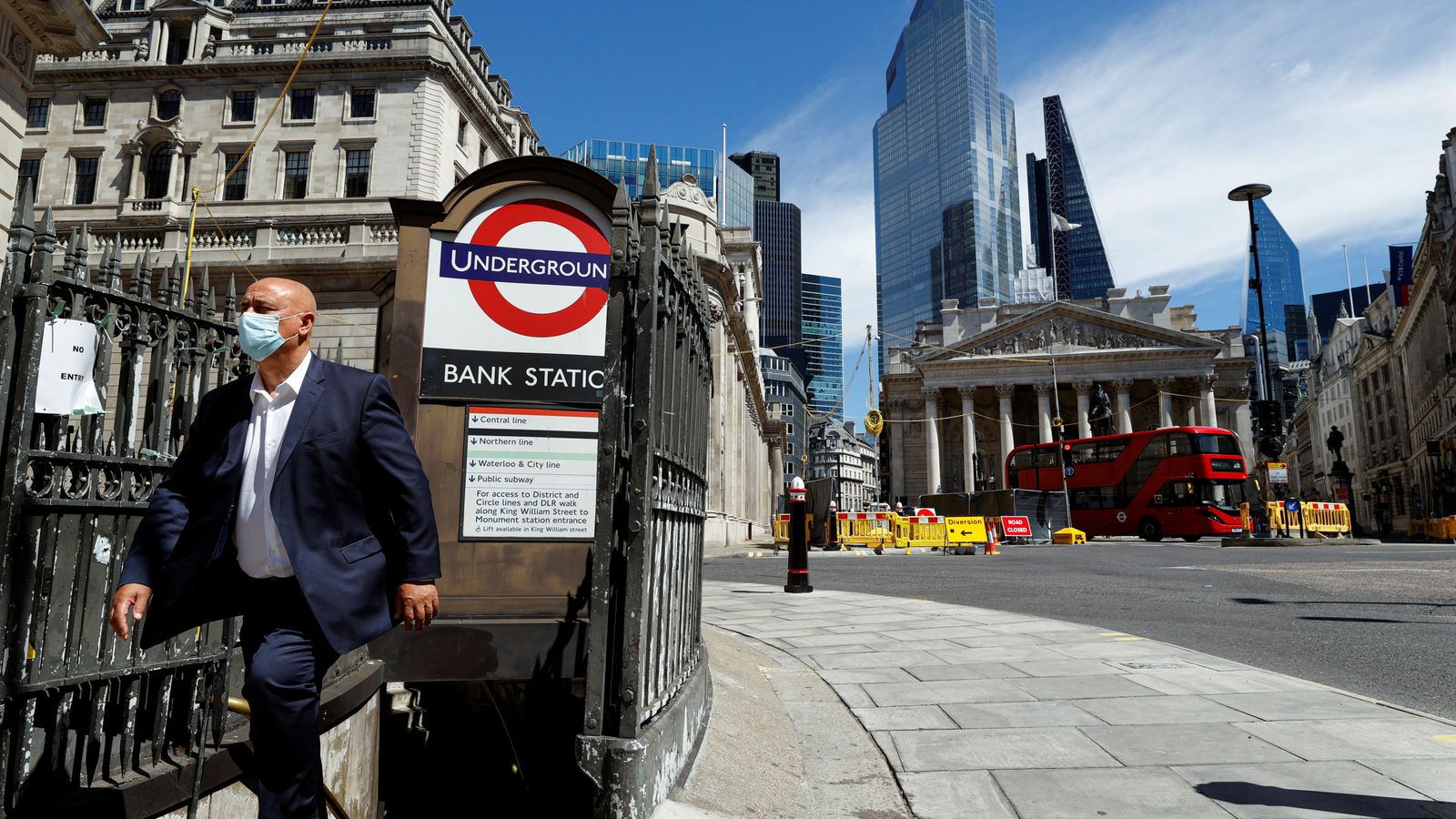 The Bank of England has said it expects the UK’s economic slump to be less severe than first feared, but it could take longer to bounce back from the coronavirus crisis.

The central bank revealed its latest forecasts as it held interest rates at 0.1% after its nine-strong Monetary Policy Committee (MPC) voted unanimously.

It improved its “indicative projection” for growth in the economy, predicting that GDP will shrink by 9.5% this year, following an unprecedented intervention by the government aimed at safeguarding businesses and jobs from the impact of the COVID-19 crisis.

While that would be the worst performance in 99 years it is less severe than the 14% plunge in the Bank’s May scenario, which would have been the worst in more than three centuries.

However, it also warned it does not expect the economy to return back to pre-coronavirus levels until “the end of 2021”.

It had previously forecast GDP could recover to its pre-pandemic size by the second quarter of 2021.

The Bank also issued a revised forecast for unemployment which is expected to peak at 7.5% at the end of this year, almost double the most recent rate but lower than its previous estimate of just under 10%.

As well as holding interest rates, the Bank also said it will maintain its current quantitative easing programme at £745bn.

Rates have already been slashed twice, from 0.75%, since mid-March as part of the Bank’s measures to try and support the economy.

The Bank also said its review of whether to take rates into negative territory was ongoing and there were factors that could change its previous view that the floor should be just above zero.

However, it warned such a move could hurt its balance sheets and there were “other instruments available”.

“The MPC will continue to assess the appropriate monetary policy stance and will keep the appropriate tools for achieving its remit – including negative policy rates – under review,” the Bank said.

The value of the pound picked up against the dollar after traders welcomed the decision to hold rates.

Fiona Cincotta, analyst at Gain Capital, said: “The Bank of England was considerably more upbeat about the recovery than had been expected.

“Upwardly revised growth forecasts, a more rapid recovery than initially feared and no tilting towards negative rates at this time has sent sterling surging towards $ 1.32.”