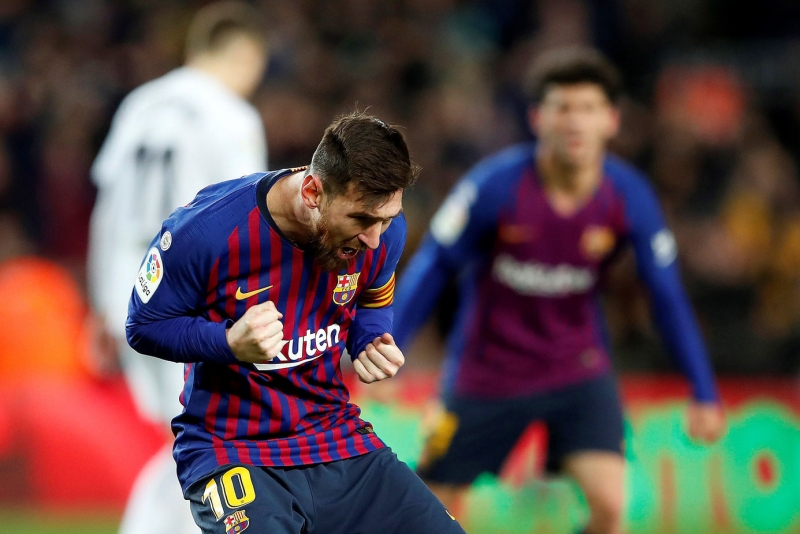 Bayern star striker Robert Lewandowski struck twice and set up two more goals as his side cruised past Premier League club Chelsea 4-1 to reach the next round with a 7-1 aggregate victory.

The Bavarians will be on an 18-game winning streak across all competitions entering next week’s final eight in Lisbon, Portugal, where they will take on Barcelona.

“We’re already excited. Barca are a quality side but we want to compete with them,” Bayern defender David Alaba said. “We will go to Portugal with confidence and, after the last few months, we have nothing to hide from.”

Bayern, who won their eighth consecutive Bundesliga title this year, has earned victories in all eight of their Champions League matches. The German club defeated Chelsea 3-0 in London in the first leg in February.

Meanwhile, Lionel Messi guided Barcelona to a 3-1 win at home against Napoli on Saturday for a 4-2 aggregate victory. The win pushes Barca into the Champions League quarterfinals for the 13th straight season.

Messi scored a goal before the half-hour mark to give his club a 2-0 lead. A few minutes later, he put the ball into the net again but video review overturned the goal due to a handball.

The Argentine star later was awarded a penalty kick, which Luis Suarez converted to give Barcelona a 3-0 advantage before halftime. Napoli scored just before the half to make it 3-1 but couldn’t muster another.

“We got the result we wanted. We’ve spent two weeks preparing for the game, knowing how difficult it would be and so it proved as they made it tough for us in certain moments,” Suarez said. “We were taken by surprise at the start but we scored first. If they had scored it would have caused uncertainty but we managed the game well.”