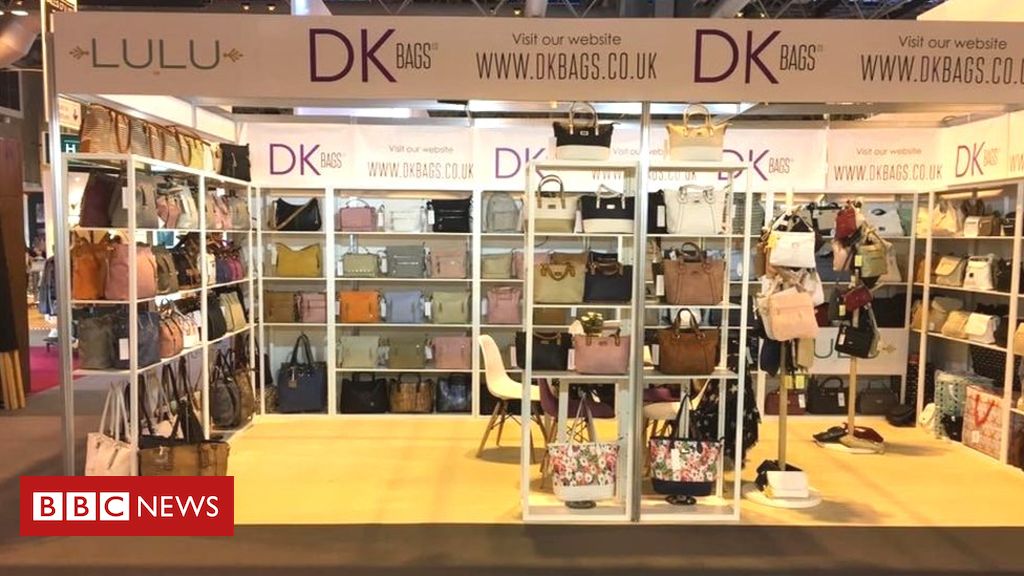 If department store chain Beales goes under it will be “a disaster” for DK Bags.

The small business imports handbags from China and sells them on to customers in the UK.

One of their clients is Beales, which went into administration on Monday.

And that’s a worry for Ian Siddall – one of the owners of DK Bags – because the department store chain still owes his small, Kent-based business £25,000.

Earlier this week, Beales boss Tony Brown told the BBC that he was trying to shore up the company’s finances by closing some stores. And the administrators insist that they are in talks to sell the chain.

But since the firm was put into administration, signs have gone up at Beales stores saying: “Closing down, everything must go.”

Meanwhile, the company’s online shop has been replaced with a notice advertising the closing down sale, which is happening at each of its 23 shops.

But Mr Siddall thinks that is unfair because he will be among those at the back of the queue to get paid if the firm does go into liquidation.

“They will still be selling the bags now but we won’t get any money,” he said.

That’s because other creditors such as banks and staff get paid what they are owed first when a company is put into liquidation.

Mr Siddall will have to share what’s left with the taxman and and customers who are owed money.

“It will go in the pot and – if they go into liquidation – the preferred creditors will get it,” he said.

“I don’t think Beales have done this deliberately, they have tried their hardest to stay afloat,” Mr Siddall said.

“But now that they have gone into administration they shouldn’t be allowed to sell our stock.”

Mr Siddall is not the only one who hopes Beales doesn’t go under.

The department store chain, which can trace its history back to 1881, employs more than 1,000 people who could all lose their jobs if the company folds.

But the stores have been racking up losses, with Beales reporting a £3.1m deficit for its last financial year.

It has been hit hard by a downturn on the High Street that has caused the likes of Toys R Us, Maplin and Poundworld to disappear altogether.

One of the stores at risk of collapse is Palmers in Great Yarmouth, which is part of the Beales empire.

Mary Symonds, a 77-year-old shopper there, thinks that shops are footing the bills for customers that prefer to pick up a bargain on the web.

“People go in now to the shops and try things on and they go out and they order it online,” she said.

“It’s done away with the shops.”

She worries that Great Yarmouth will turn into a ghost town if Beales becomes yet another boarded up shop in the town centre.

And she has good reason to be concerned, according to retail expert Jonathan De Mello, who paints a bleak picture for the future of bricks-and-mortar shops.

He called Beales “a lost cause” and expects it to disappear.

The gaps in the High Street, left by the closure of stores such as Beales, will be filled by homes and office space, he said.

However, Mr De Mello does identify one growth area: addiction.

He said there had been a shift on the High Street away from fashion retailers towards outlets such as betting shops and e-cigarette sellers.

“It’s not the best prognosis but that is the way it’s changing unfortunately,” he said.