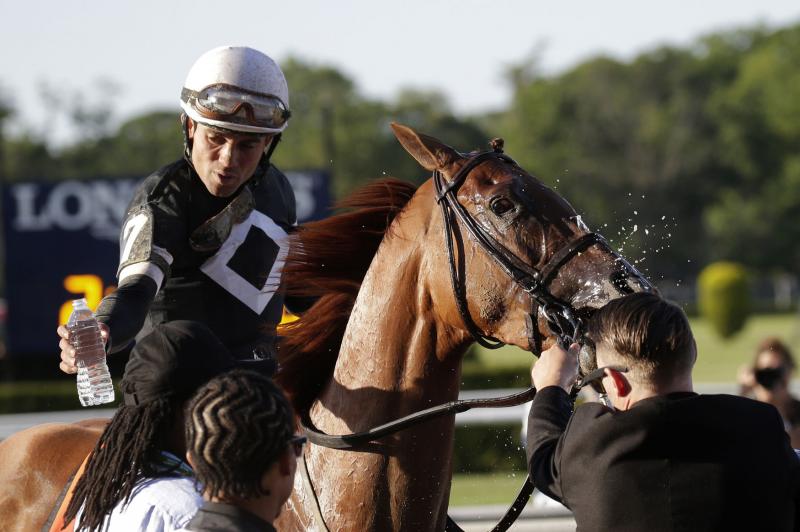 The announcement Tuesday by the New York Racing Association follows earlier proclamations that the Kentucky Derby will be run Sept. 5, rather than its traditional first Saturday in May, and the Preakness Stakes at Pimlico Race Course will move from May 16 to Oct. 3.

All three races were rescheduled because of the COVID-19 pandemic precautions.

NYRA said the 152nd renewal of the $ 1 million Belmont will be run without fans in the stands.

This will be the first time the Belmont has led off the Triple Crown but not the first time the “test of the champion” has been run at 1 1/8 miles. The race was run at that distance at Morris Park Racecourse in 1893 and 1894 and the trip has changed several times in succeeding years. The current 1 1/2-mile standard — the traditional “Classic” distance in the United Kingdom and Europe — was set in 1926.

The first Triple Crown winner, Sir Barton, completed his sweep with a 5-lengths victory over Sweep On in the 1919 Belmont Stakes, run at 1 3/8 miles.

“The Belmont Stakes is a New York institution that will provide world-class entertainment for sports fans during these challenging times,” said NYRA President and CEO Dave O’Rourke.

“While this will certainly be a unique running of this historic race, we are grateful to be able to hold the Belmont Stakes in 2020. Thanks to our partners at NBC Sports, fans across the country can look forward to a day of exceptional thoroughbred racing at a time when entertainment and sports are so important to providing a sense of normalcy.”

Churchill Downs is reshaping its “Road to the Kentucky Derby” schedule, which awards qualifying points to potential candidates for the Run for the Roses. The points totals are used to determine which 3-year-olds qualify for field, limited to 20 horses.

While that schedule remains in flux, officials indicated that any Triple Crown race contested before the Derby would be included in the series and offer the winner 150 points — more than enough to qualify for a spot in the Louisville starting gate.