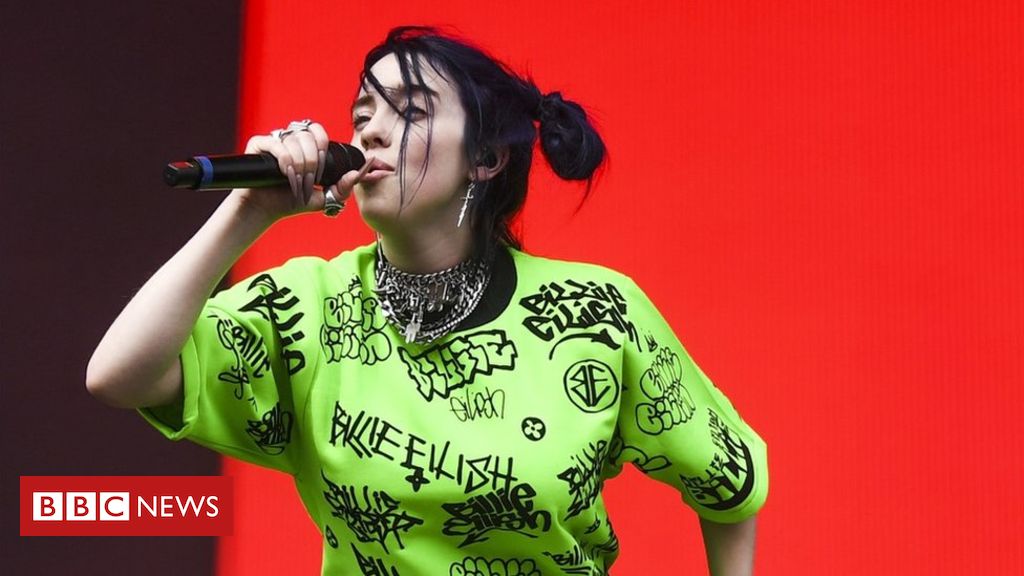 Pop star Billie Eilish has recorded the title track for the new James Bond film, No Time To Die.

The US singer, who turned 18 last month, is the youngest artist in history to write and record a theme for the franchise.

“It feels crazy to be a part of this in every way,” said the star, who called the assignment “a huge honour”.

“James Bond is the coolest film franchise ever to exist. I’m still in shock.”

The last two Bond themes, Adele’s Skyfall and Sam Smith’s Writing’s On The Wall (from Spectre), have both won an Oscar.

Eilish’s take on the oeuvre was composed with her brother Finneas O’Connell, with whom she created her Grammy-nominated debut album When We All Fall Asleep, Where Do We Go? last year.

“Writing the theme song for a Bond film is something we’ve been dreaming about doing our entire lives,” he said.

“There is no more iconic pairing of music and cinema than the likes of Goldfinger and Live And Let Die. We feel so so lucky to play a small role in such a legendary franchise. Long live 007.”

The Bond song is usually released in the month leading up to the film’s premiere – No Time to Die will make its debut in cinemas on 3 April.

Bond producers Michael G. Wilson and Barbara Broccoli described Eilish’s song as “incredibly powerful and moving”, adding it had been “impeccably crafted to work within the emotional story of the film”.

The film’s director, Cary Joji Fukunaga, said: “There are a chosen few who record a Bond theme. I am a huge fan of Billie and Finneas. Their creative integrity and talent are second to none and I cannot wait for audiences to hear what they’ve brought – a fresh new perspective whose vocals will echo for generations to come.”

No Time To Die will mark Daniel Craig’s final outing as James Bond; and opens with the spy retired and enjoying a tranquil life in Jamaica. Needless to say, his reverie doesn’t last for long.

Several artists were thought to be in the frame for recording the title song, including Dua Lipa and Beyoncé – who sparked rumours after posing with a glass of vodka martini (shaken not stirred) on social media last week.

Eilish also dropped hints on her Instagram, sharing a series of images from Bond movies over the last 24 hours. Fans also noticed that Fukunaga had subscribed to her feed – making her one of just 81 people he follows on the platform.

The US singer, who is known for her gothic aesthetic and whispery vocals, became one of last year’s biggest break-out stars thanks to songs like Bad Guy and Bury A Friend.

Her star rose so rapidly that she had to be upgraded to Glastonbury’s second-biggest stage in June, after initially being booked to play in the smaller John Peel tent.

Eilish now joins the likes of Sir Paul McCartney, Shirley Bassey, Duran Duran and Madonna in being asked to record the Bond theme.

Previously, Sheena Easton was the youngest artist to sing over the opening titles. The Scottish singer was 22 years old when she recorded For Your Eyes Only in 1981.