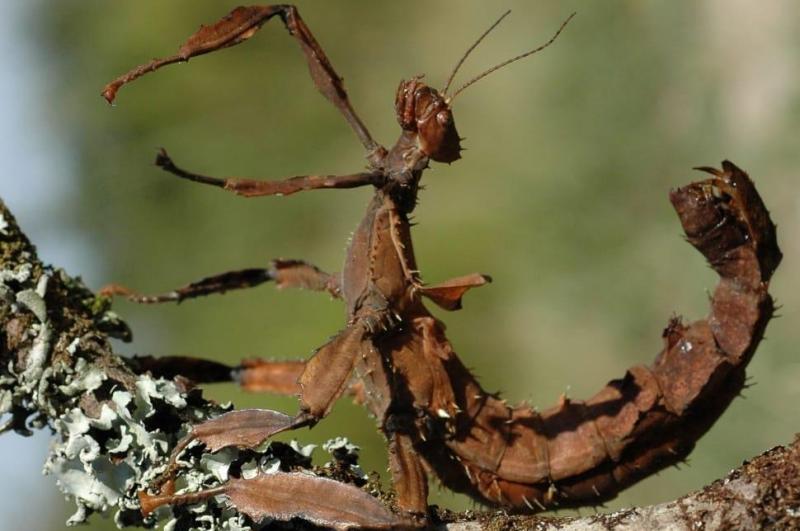 Oct. 7 (UPI) — In the wake of the disappearance of the dinosaurs, birds and mammals flourished. Their proliferation was bad news for insects and other small prey.

According to new research, it was the ascendancy of birds and mammals some 66 million years ago that first inspired the range of camouflage adopted by stick and leaf insects.

For the first time, scientists produced a comprehensive phylogenomic tree of stick and leaf insects, revealing their evolutionary interrelations. The research team published the results of the phylogenomic analysis in the journal Frontiers in Ecology and Evolution.

Compared to other insects, stick and leaf insects boast unusually large bodies. But the exotic inspects, found in abundance among tropical and subtropical habitats, are most famous for their camouflage. The shapes, colors and textures of their bodies allow the insects to blend in with surrounding vegetation.

Until now, scientists were limited in their understanding of the group’s evolutionary history.

“Previously the relationships between stick insects were inferred based on just a handful of genes. This is the first study in which more than 2,000 genes were analyzed for each species,” senior study author Sven Bradler, researcher at the University of Göttingen, said in a news release.

For the new study, scientists analyzed genes from 38 different species of stick and leaf insects from across the globe.

“Previous studies were unable to explain the early evolution of these insects,” said first author Sabrina Simon, researcher from the University Wageningen. “This has now changed with the new and much more extensive dataset that can even reconstruct the origin of the oldest lineages.”

The new genomic analysis showed the group’s genealogical and genetic relationships most closely reflected the insects’ geographical distribution patterns, not their anatomical similarities.

“The flamboyant stick insects of Madagascar, for instance, descended from a single ancestral species who colonized the island approximately 45 million years ago,” said Sarah Bank, doctoral student at the University of Göttingen.

The newly identified genealogical relationships among stick and leaf insect species showed the oldest lineages originated during the early Paleogene period, shortly after the cataclysmic event that wiped out the dinosaurs some 66 million years ago.

“Stick insects become more and more important as model organisms for evolutionary research. The new comprehensive molecular dataset won’t be exhaustively analyzed for quite some time and will provide exciting insights into the function of the numerous detected genes,” said Bradler.